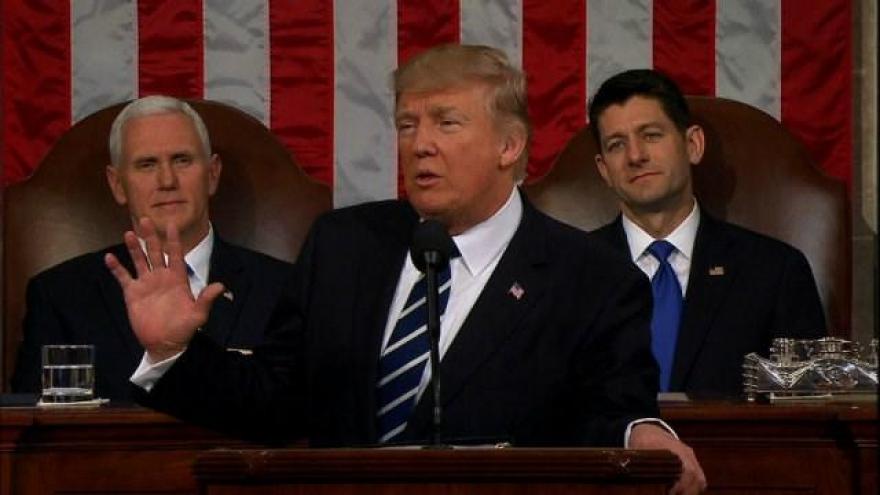 That was lower than the roughly 53 million viewers who tuned in for Obama's first joint address in 2009, but was higher than Obama's last State of the Union which drew 31 million viewers last year.

The highest viewers for Trump's speech on the seven networks went to Fox News, which brought in 10.7 million viewers.

The speech was widely praised by those on cable news with some saying that President Trump seized the moment to be presidential.

A survey of people who watched the speech found that 57% who tuned in said they had a very positive reaction. Overall, about 7-in-10 said the speech made them feel more optimistic about the direction of the country, according to the CNN/ORC poll.