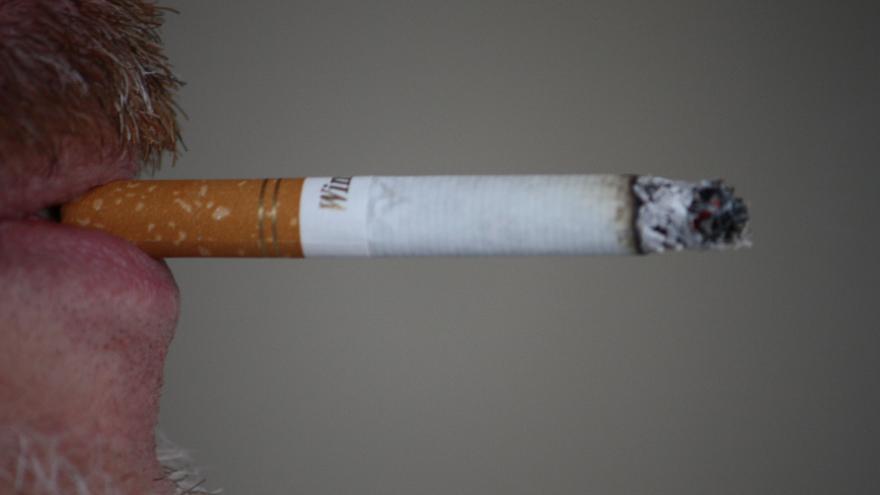 (CNN) -- At least three out of five people who experiment with a cigarette end up becoming daily smokers at some point, a new study finds.

UK researchers analyzed responses from 215,000 people across eight surveys conducted in the UK, the United States, Australia and New Zealand that were included in the Global Health Data Exchange.

Of the responses, just over 60% had ever tried a cigarette, and among those, almost 69% reported that they had gone on to become daily smokers.

"This is the first time that the remarkable hold that cigarettes can establish after a single experience has been documented from such a large set of data," said Peter Hajek, professor of clinical psychology and director of the Tobacco Dependence Research Unit at Queen Mary University of London, who led the research.

"In the development of any addictive behavior, the move from experimentation to daily practice is an important landmark, as it implies that a recreational activity is turning into a compulsive need," he said in a statement.

As different surveys were included and analyzed, with different methods and styles, the researchers note that the percentage of people who become regular smokers had confidence intervals between 60% and 76.9%.

Hajek added that this high "conversion rate" to smoking highlights the importance of preventing people trying cigarettes in the first place and that some of the reduction in terms of numbers of smokers in more recent years is probably aided by fewer teens trying it.

Almost nine out of 10 cigarette smokers in the US first tried smoking before they were 18, according to the US Centers for Disease Control and Prevention.

Trends in the United States have shown decline, with 8% of high school students reporting in 2016 that they had smoked cigarettes in the previous 30 days -- down from almost 16% in 2011.

"The finding provides strong support for the current efforts to reduce cigarette experimentation among adolescents," the new study's authors write.

Deborah Arnott, chief executive of the nonprofit Action on Smoking and Health, said the research "highlights the risks children run of entering into a life of addiction when they experiment with smoking. And make no mistake, this is an addiction of childhood. Two-thirds of adult smokers started smoking for the first time when they were children."