Mosquitoes thriving in above average temperatures

This time of year as we head into the fall months, we usually talk about mosquito counts diminishing due to the cooler temperatures. Our forecast though seems to be anything but cooler, which still leaves us talking mosquito safety. Make sure to always use the bug spray if you are outside during dusk or dawn. It's important to protect yourself because we do have confirmed cases of West Nile Virus in Michiana. No human cases, but confirmed cases in mosquito pools and animals. This has been detected in Berrien, Cass, St. Joseph, IN, and Elkhart counties. Hopefully we can keep the trend of no human case through the rest of the mosquito season. 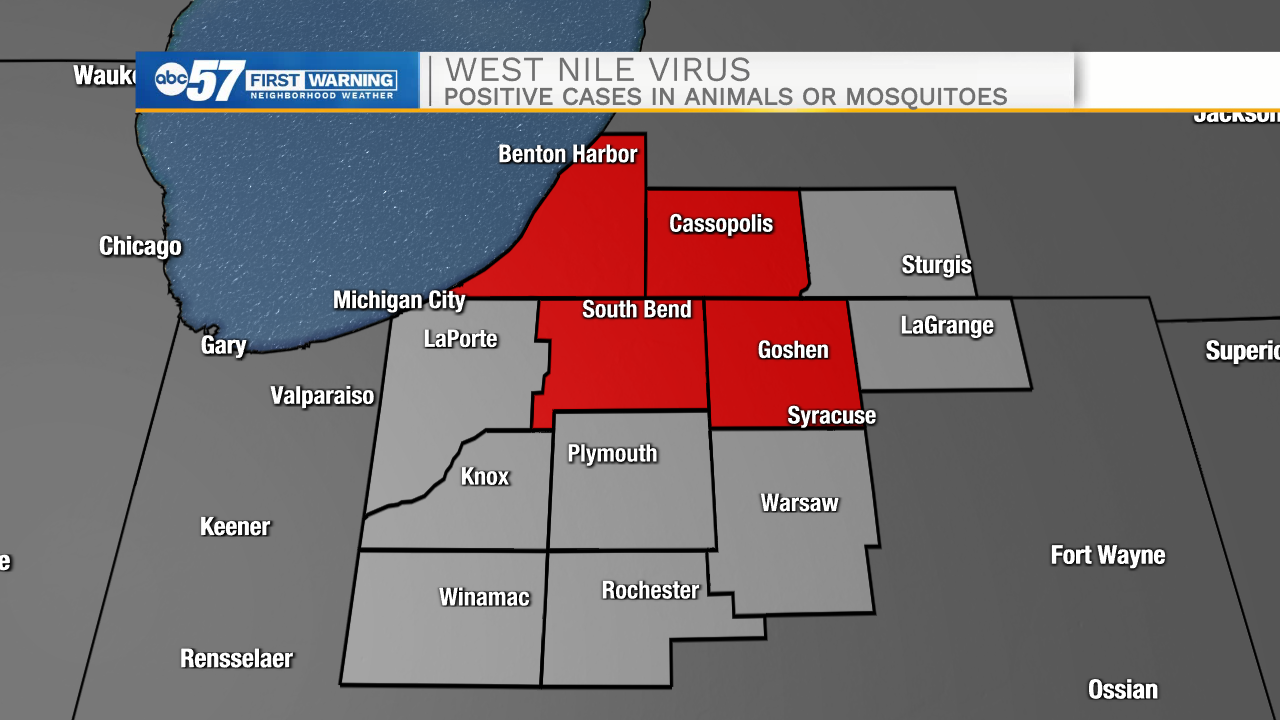 Weather actually plays a big role on how active mosquitoes are, and how many migrate to a certain area. Mosquitoes love warm temperatures, they prefer 80 degrees to ensure their body temperature remains at an adequate level. Mosquitoes are cold blooded insects so they can not regulate their own body temps. Mosquitoes also become more active after flooding rains move through an area. Summer time thunderstorms will usually do the trick. They leave behind puddles and standing water, which is where mosquitoes lay their eggs. Lastly, mosquitoes prefer light winds. If the winds become greater than 10mph, mosquitoes can't fly. 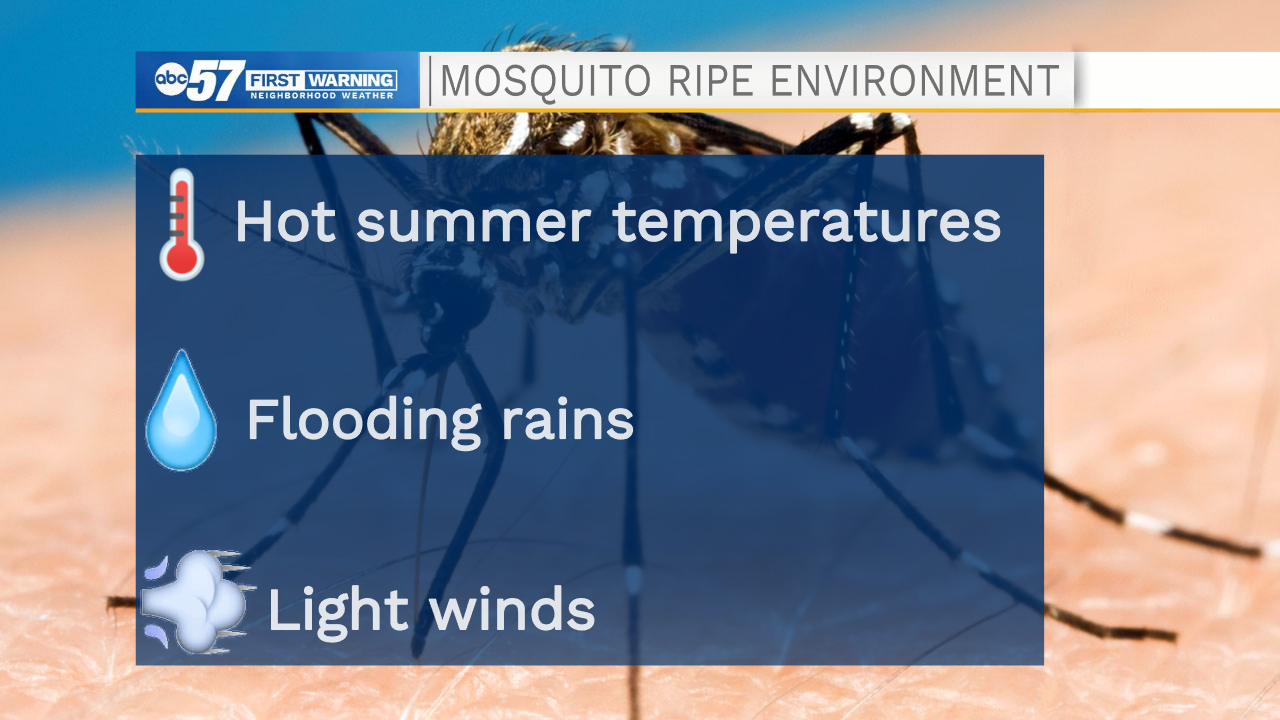 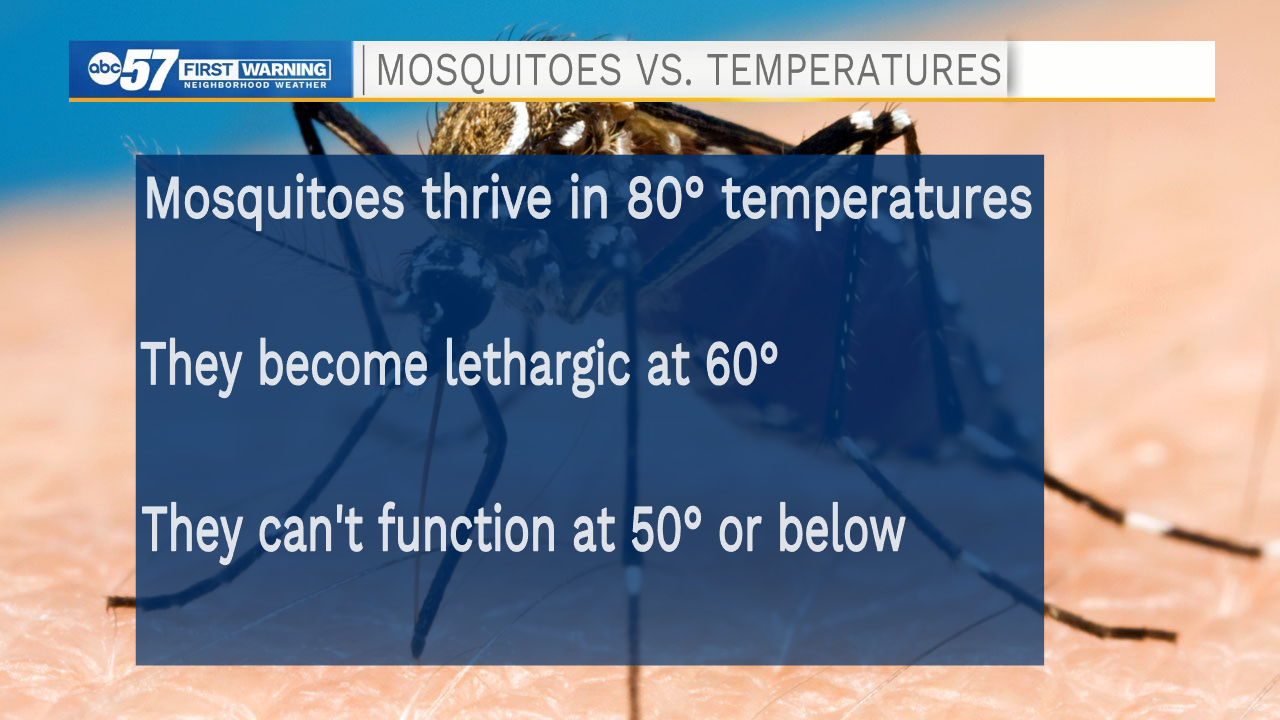 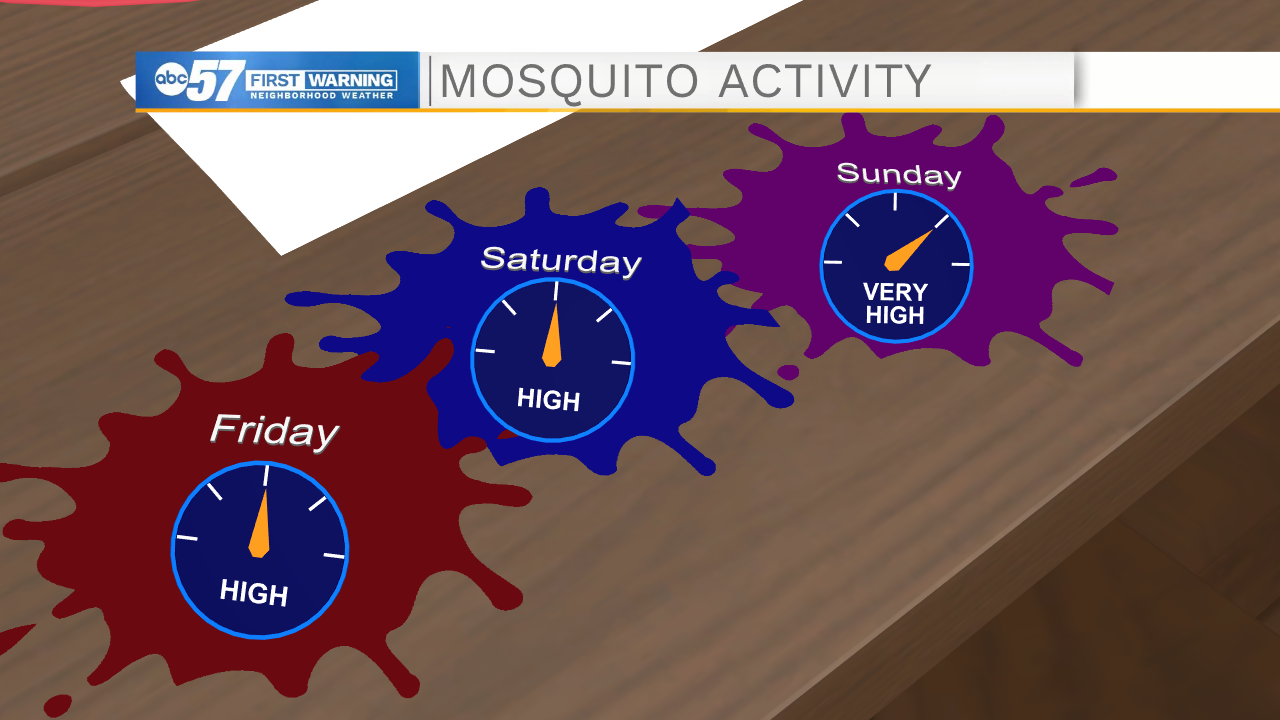 So for the time being make sure to always be wearing your bug spray when outside during the mornings or evenings, especially as mosquito activity remains high with the warmer temperatures in the forecast.