Most meteorite injuries from scattered glass 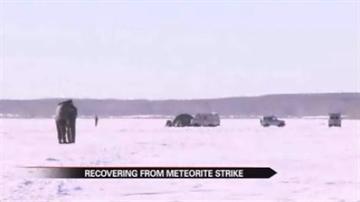 RUSSIA — Over 1,200 people were hurt when a meteorite struck a remote Russian city and residents are still shocked and recovering from the explosion.

The giant meteor knocked people to the ground and blew out windows.

Most of the injuries were from glass scattered over one million square feet.

An estimated 4,000 buildings were damaged.

According to NASA, this was the biggest meteor to hit earth in over a century and weighed more than the Eiffel Tower.