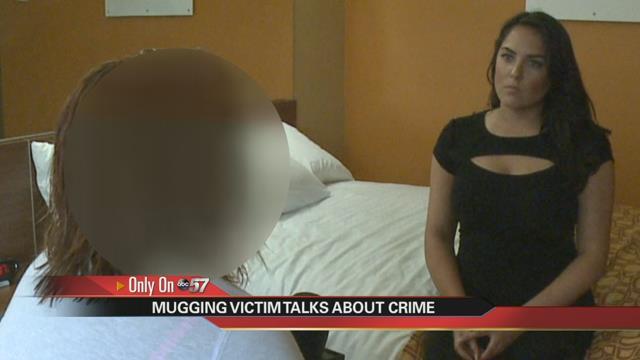 The victim of a motel mugging is speaking out about the life she lives every night and the dangers involved.

She's a mom in her 30s who supports her family through prostitution.

She said, "it was definitely scary, my first incident in call wise."

It's a story rarely told, a look inside a personal crime from the victim's eyes.

It all started just before 3 a.m. Thursday at Motel 6 in Roseland.

And suddenly, what started as an average business visit for this working woman quickly got violent.

"Then he got dressed and pulled a pistol."

One of her customers tried to take the money he and his friend left on the table for her and eventually took out a gun demanding all of the money she had in the room.

"He ended up forcing me into the bathroom at the end of it, left me in there, and told me not to come out."

But she did come out, made her way down to the front desk, and called police.

24 hours later, a report has been filed, but her nerves are still not calmed.

"I'm surprised they would do this here because of all the cameras."

And neighboring businesses are not surprised by the happenings at this motel.

"There are consistently policemen here, patrolling, they have a presence here, it's not like it's a totally unsafe area."

As for the victim, she says this won't discourage her from hosting future clients.

We tried reaching out to Motel 6 for comment, but our reporter was kicked off their property and told "no comment."