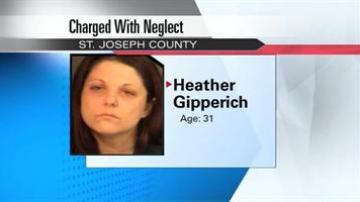 SOUTH BEND, Ind. -- The South Bend mom accused of leaving her child at a drug dealers home while she bought heroin was in court Wednesday morning.

31-year-old Heather Gipperich learned that her court case will be delayed a couple weeks.

Gipperich was charged with neglect in February after her mom contacted the South Bend Police Department to report she had not seen her daughter for several days.

When police found Gipperich, she told police she left her 9-month-old daughter with a woman named Amanda.

Elkhart police questioned Amanda and found the child who was then taken into state custody.
Share this article: