Mother and son hide while men attempt to burglarize their home 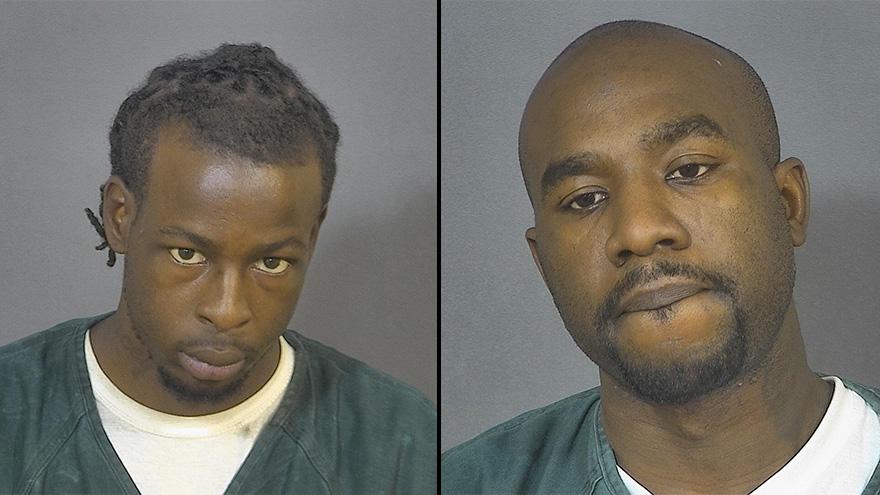 SOUTH BEND, Ind. -- Two men have been charged in a home invasion that happened at a home on N. Lawrence Street. A woman and her son locked themselves in a closet during the burglary.

Just before noon on October 22, South Bend Police responded to a home on N. Lawrence Street for reports of a home invasion with the victims hiding in a closet.

When the officers arrived to the scene, they walked around the residence and found a grate moved from a basement window and the window was broken, reports said.

The officers then heard a noise from the back of the house and saw two men running from the fenced back yard, reports said.

The two men were caught at different times, according to police.

One suspect, later identified as Joshua Williams, was caught in the area of Napoleon and St. Joseph Streets by the St. Joseph County Police Department, according to the probable cause affidavit.

The second suspect was caught in the vicinity of the 300 block of W. Wakewa. He was later identified as Demarcus Terrell Morton, according to reports.

When officers spoke with the victim, she was fixing lunch for her son in the kitchen when she heard a noise on the side of the house.

She looked out and saw the grate covering the basement window had been moved. She went downstairs and was about to move the blind on the window when the glass broke, according to the probable cause affidavit.

She yelled "What are you doing?" then ran upstairs, grabbed her son and a baseball bat, got into a closet, locked the door and called police.

While in the closet she heard the suspects walking on the basement stairs, then the floors in the kitchen, reports said.

Police said they located shoe prints outside the broken basement window. They compared the prints to the soles of the shoes worn by the suspects. Police said Morton's shoes matched the shoe print at the residence, according to the probable cause affidavit.

Morton and Williams have each been charged with one count of burglary.

Williams is currently on probation. The state has requested he be put on a 15 day hold.