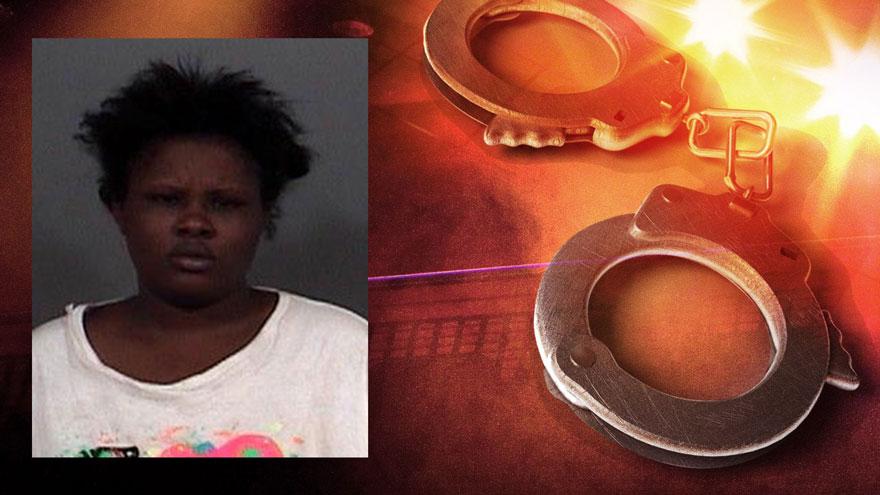 ST. JOSEPH COUNTY, Ind. -- A 22-year-old woman has been charged with neglect of a dependent resulting in bodily injury after her toddler was taken to the emergency room with multiple injuries, according to court documents.

Anastasia Bailey, 22, was arrested on Monday and arraigned on Tuesday.

On February 23, 2017, a child under the age of 2 years old was taken to Memorial Hospital with skin lesions, a bruise to the upper right quadrant, open wounds, a loss of the flesh on 75-percent of each buttock, two fluid filled blisters on a foot, and warm, swollen lower extremities, according to the probable cause affidavit.

The child was also diagnosed with non-accidental injury and burns of multiple spots, reports said.

Bailey, the child's mother, spoke with police on February 24, 2017, after the child was taken to the hospital by another person.

On February 17, 2017, Bailey said she woke up and heard the toddler scream, "No. Stop." and saw her boyfriend hit the child with a belt, according to the probable cause affidavit.

Two days later she noticed the toddler's skin was peeling off in her diaper, reports said.

On February 22, 2017, Bailey took the toddler to another person's house around 10:30 p.m. and told the woman not to be frightened when she took the toddler's diaper off and that she was handling the situation, reports said.

The following morning, the woman noticed the injuries to the toddler while changing her diaper. A neighbor advised her to take the toddler to the hospital.

Bailey spoke with officers again on February 28. She denied injuring the child. She told police she didn't take the toddler to the hospital because she was scared. She told police her boyfriend put the child in the bath, according to the probable cause affidavit.

Officers spoke with Bailey's boyfriend about the injuries to the child on February 24, 2017. He told police he never physically disciplined the child.

A witness spoke with police and said she was at Bailey's home on February 22, 2017. She said Bailey never mentioned the injuries to the toddler.

The witness saw the injuries and questioned Bailey. Bailey's boyfriend then pulled a gun, threatened Bailey, took the child into the other room, beat the child and sat the child in water, according to the probable cause affidavit.

Bailey is charged with one count of neglect of a dependent resulting in bodily injury.

The prosecutor's office says no one else has been charged in this case.