Mother claims son permanently damaged after getting paddled at school 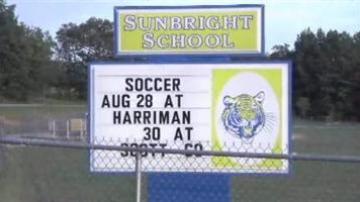 MORGAN COUNTY, TN. -- A mother is speaking out after she claims her son has been permanently damaged from a paddling he received at school.

The principal of a school in Tennessee school paddled a five-year-old boy and the principal has now been suspended.

Sandra Hall said her son was bruised and even showed photos of a room of parents and administrators what he looked like.

More than that, she said the experience has changed him.

"My son wakes up with nightmares now. He never did before, we'll be up two, three times a night," Hall said.

But the school district does allow corporal punishment.

"It's done as a last resort in consultation with the parents. It's one of many options we try to use," Dr. Edd Diden said.

The principal has been suspended indefinitely until an investigation into the incident is complete.