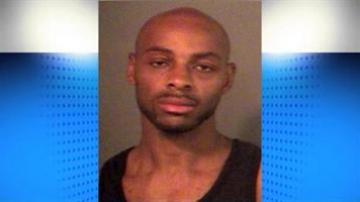 SOUTH BEND, Ind. -- A South Bend mother was kicked out of a community watchdog group after accusing a man she met at a meeting of making sexual advances on her 14-year-old daughter.

Lonnie Garner was arrested Thursday night and charged Friday with sexual misconduct with a minor.

The victim's mother, Komaneach Wheeler, says she was assigned to work with Garner while working with People United for Better Government.

Their work together to develop youth programs evolved into Garner asking if he could stay over. That's when Wheeler says Garner preyed on her 14-year-old daughter.

"Her door was closed so he goes to her room, knocks on the door, opens the door, goes in there and starts asking her questions about her father, grabs her hand, kisses on her hand how this feel," said Wheeler.

Wheeler says that wasn't the last of it.

"She demonstrated to me. I laid in my bed, she got up, she laid up against me, she moved her hand this way and the guy's hand went around her," said Wheeler.

When she brought up these accusations to the pastors affiliated with PUBG, she says they kicked her out.

"So why put the mother out of the group right after this situation happened? Why was I put out is the question," said Wheeler.

PUBG explained why she was kicked out.

"We don't need any confusion in the organization and our job is to bring wisdom to the people that come here," said Reverend Charles Taylor.

Taylor, one of the leaders of the group, says both parties just need some time apart.

"At this particular time we think it's best for her to have time to think about the things that she's doing and what she's going to do because now our focus is on more important things," said Taylor.

The church's associate pastor says the suspect was denied housing at the church and is not a paying member of the watch dog group.

He says this mom's poor choice shouldn't reflect badly on anyone but herself.

"That only led me to wonder why she would take a total stranger into her home where she has young daughters and one of them had already had a child," said Associate Pastor Melvin Townsend of Doulos Chapel.

Wheeler said if the group knew he just got out of prison, they probably shouldn't have let him create youth programs.

Garner was charged Friday with sexual misconduct with a minor.