Mother of 12-year-old killed by police speaks out 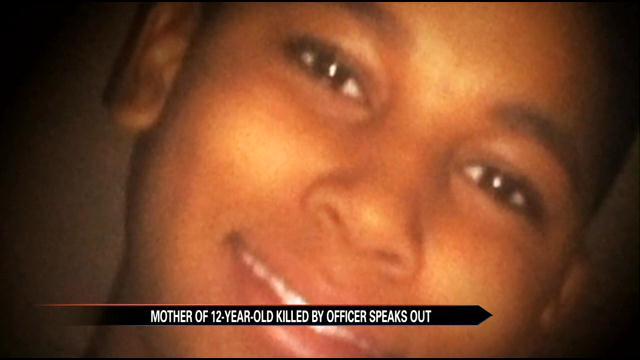 The Cleveland Police Department has been under fire after an officer shot and killed a 12-year-old holding a toy gun.

The Cleveland police officer who fired the fatal shot says he thought the toy was a real weapon when he opened fire.

During a news conference Monday, a Cleveland city councilman called for changes.

The mother of Tamir Rice, Samaria, was in attendance at the meeting and spoke about her son's death, saying his death was an injustice.

“Tamir was a bright child. He had a promising future, and he was very talented in all sports: soccer, basketball, football. He played the drums, he drew, he played video games, he's a great swimmer. The community loved him. He was a helper at the school and at the rec. Everybody just loved him.” says Samaria.

Ms. Rice says she wants the officer convicted for the death of her son.

The Rice family has hired attorney Benjamin Crump to represent them, the same attorney who represents the family of Michael Brown.