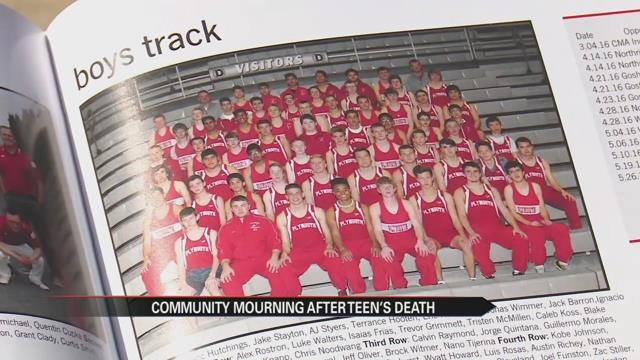 The funeral is set for Tuesday, September 20, a day that is already engrained in the memories of the community.

It is the year anniversary of another Plymouth student-athlete's death, both students were lost to suicide.

Rhonda Gibson remembers her son as kind and pure-hearted.

"He was the kind of person that would go up and say, 'Hi, I'm Rylan, want to be my friend?" she says. "He just had the biggest heart."

Clark went missing Thursday evening, and his body was found in a woods in Marshall County Friday afternoon.

Amee Portteus is the Director of Guidance at Plymouth High School.  She says that last year, they had begun to make some changes in the school system. But now, they plan to "step up the pace."

Portteus hopes that these two tragedies will facilitate communication.  She adds, "I hope our students own that they're not alone, and that they need to talk about their feelings out loud, to allow us to help them.

Plymouth Superintendent Dan Tyree agrees.  He says they will have to go an extra step now.

"We gotta ask ourselves, you know, what can we do to make sure we've done everything we can do, so that kids can come forward before this happens, and let us know so that we can help," he says.

And as Clark's mom prepares for the funeral on Tuesday, she hopes he knew just one thing.

"I just hope he knew how much I loved him," Gibson says. "I don't want the thought of him dying without knowing that. He was very loved."

On Sunday night, Gibson got a tattoo with Clark's name, with wings, and a semi-colon. The semi-colon is symbolic for suicide prevention awareness.