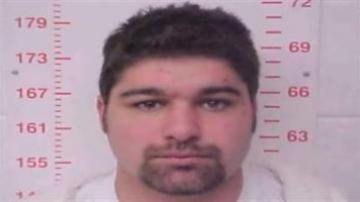 SPRINGFIELD, Mo. -- The mother of a Missouri man accused of wanting to shoot up a movie theater is opening up about her son.

Police say Blake Lammers confessed to planning to kill people inside a Sunday showing of the latest Twilight film.

His mother is speaking out saying her son had signs of Asperger's syndrome and borderline personality disorders.

"He didn't ask to be this way.  He wants to fit in and he wants to be normal and he doesn't understand why he's different," said Tricia Lammers, Blake Lammers' Mother.

"We tend to be prone to castigate those who are mentally ill.  We need to be sure we understand that they are ill," said Richard Brewer, SBU Psychology Professor.

Police said his mom discovered the weapons Lammers purchased at Wal-Mart for the alleged movie plot and called police.

He is charged with assault, making a terrorist threat, and armed criminal action. If convicted on all counts, he could spend more than 20 years in prison.