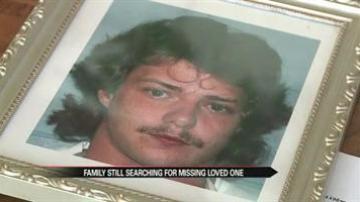 SOUTH BEND, Ind. -- The missing persons case of Teleka Patrick could soon come to a close after a body was found in a Portage County lake. But one South Bend mother has been waiting over 25 years to find out what happened to her son who disappeared in May 1989.

"He's out there somewhere I know it," said Normal Doyle.

Sargent Micek was 22-years-old on May 4, 1989 when he went out for drinks and never made it home.

"A lot of times he'd call me, he'd say ma, come pick me up. They girls would say, 'No ma don't go do it.' And the one time I don't, this is what happens. I should have just went. But then you don't know," said Doyle.

Doyle says not a day goes by that she doesn't think about him.

"I mean, every day you think about, well, is today going to be the day? There's not a day that I don't think about him," said Doyle.

Her phone is never out of arm's reach, and she's had the same number and lived in the same house for decades.

"I don't ever change the number in the phone book or nothing, because if and when, I'm in there and he'll be able to call me," said Doyle.

"Dealing with it, I would like closure before I'm gone. I want to know where my son's at," said Doyle.

Today, Micek would be in his forties.

Doyle asks anyone with information to step forward.

"All somebody's got to do is pick up that phone and say I know where he is and they would be doing the best thing in the whole world," said Doyle.

Until she gets that call, she'll keep looking and keep praying for answers.

If you have any information about either Teleka Patrick or Sargent Micek call Crime Stoppers at 574-288-STOP or 800-342-STOP.