Mother of murdered infant will not forgive accused shooter 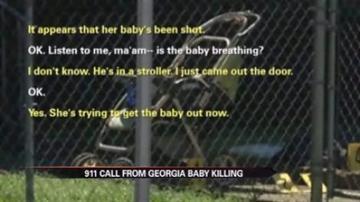 The Georgia mom who lost her baby to gun violence will not forgive the man accused of shooting her son.

Georgia police arrested 17-year-old De'Marquise Elkins and a 14-year-old boy for the murder.

West says they tried to rob her while she walked her son in a stroller.

When she wouldn't hand over any money, they shot her in the leg and her son in the head.

This is the second time West has lost a child to violence.