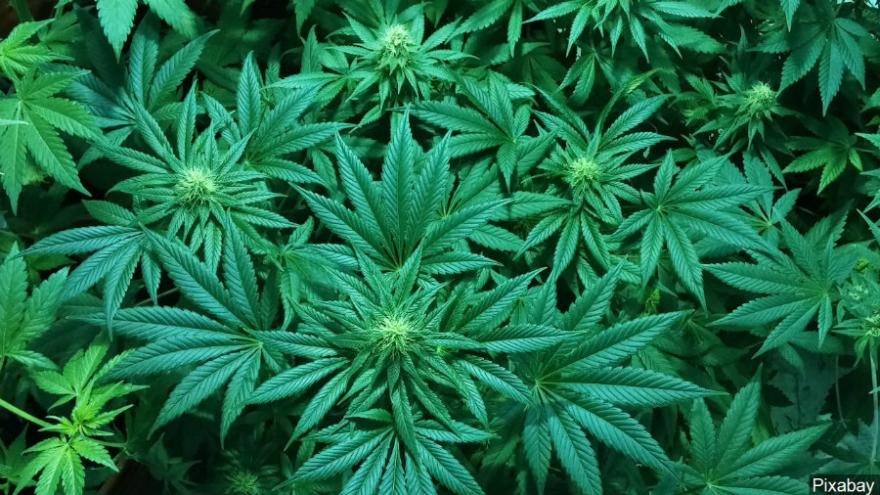 Owen County, Indiana (WRTV) -- The mother of a man who was killed after a standoff with police that lasted over 30 hours says her son was suffering from PTSD and medical marijuana could have helped him.

Mason Johnson, 31, was holding hostages in an Owen County home when he was shot and killed by police earlier this month.

"My heart is broken, no child should have to die like that," said Jade Griffin. "His life was ended by his own demise from his mental breakdown from PTSD."

Griffin said Mason had served in Iraq when he was 19 years old and had several traumatic experiences during his time there. Those experiences led to him having significant mental health issues in the years that followed.

"His friend died, his sergeant was gravely injured," said Griffin. "The ugliness of war every day – he wondered if it was going to be his last."

Griffin shared her thoughts and support for legalizing medical marijuana at a press conference held by the American Legion on Thursday. During the press conference, Griffin spoke about her son and said she believes if he had access to medical cannabis things would not have ended the way they did last Saturday.

Griffin said she noticed the changes in Mason shortly after he returned from war. He began doing odd things – acting out in anger, looking under cars, refusing to go to places he had once loved.

The VA diagnosed Mason with Post Traumatic Stress Disorder and gave him medication, but that medication didn't help.

"The VA was trying to help but the resources they had available were not working," said Griffin.

It wasn't long before Griffin said her son began self-medicating and his life became a rollercoaster.

"His life was on a downward spiral taking along all of us who loved him," said Griffin.

Last year, Griffin said Mason asked her to take him to Colorado to buy cannabis. It wasn't something she wanted to do – but after weeks of pressure, the two made the 15-hour drive.

"We went and purchased the cannabis and we went back to the hotel. After having the cannabis, I noticed his worried face softened, his eyes looked up from the ground and he started looking around. He sat up in his chair and he leaned back in his chair and put his feet back as if he was relaxed," said Griffin. "I was so surprised I saw a glimmer of my Mason coming back."

For the first time years, Mason was able to be out in a crowd. The two went to a museum and had dinner at an aquarium – it was a piece of her son Griffin said she never thought she would see again.

"My son lived life that day instead of just existing in life," she said.

Griffin said she never told anyone about that trip because she was scared of what they would think of her, but that fear is now gone – replaced by a determination to make sure all veterans have access to every treatment possible to help them live their lives.

"Today I have no fear, I have no Mason, only memories and a mission," she said. "My son fought his life for our freedom, he loved his country as all of our vets do. We need to stand up for our vets – give our vets another choice – medical cannabis."