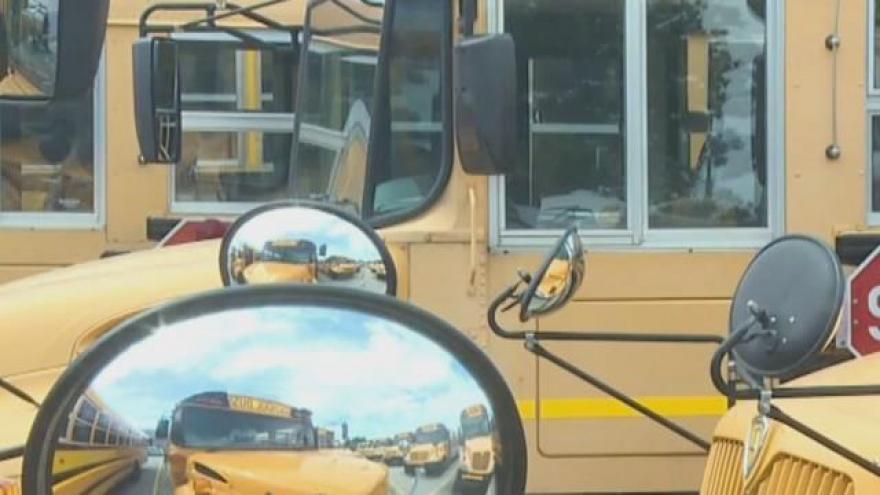 A South Bend mother says her daughter was abandoned by a school bus driver.

“He manipulated her,” Danielle Moore says of the school bus driver.

Moore says her daughter,  Jamiyah, was let off a South Bend Community School Corporation bus miles from her home Thursday.

It was just after 5 p.m. following extracurricular activities at school.

Moore and her husband went searching for their daughter.

That’s when Moore says she got a call from the police.

She says a couple found Jamiyah walking in the dark.

Moore claims discovered the bus driver had dropped her daughter off at Indian Springs apartments, about three miles from her house.

“She told us the bus driver said since she didn’t know her address, she needed to get off there,” Moore said.

Jamiyah, is 11-years-old and has special needs.

Director of SBCSC Transportation Juan Martinez-Legus can’t confirm this happened, but says if it did, there will be a full investigation.

"Any time there’s a situation or a report that something has occurred, we go into a meeting, an investigation, we put an investigative meeting in place. We meet with the staff member, we check every sort of software we may have, on the bus, videos and cameras, things like that to see exactly what took place. We interview people. We don’t leave a stone unturned,” Martinez-Legus said.

“No question about it, safety is our number one concern,” Spells said.

When it comes to assigning blame, Moore says she wants answers from the district, but most of all she wants an apology from the driver.