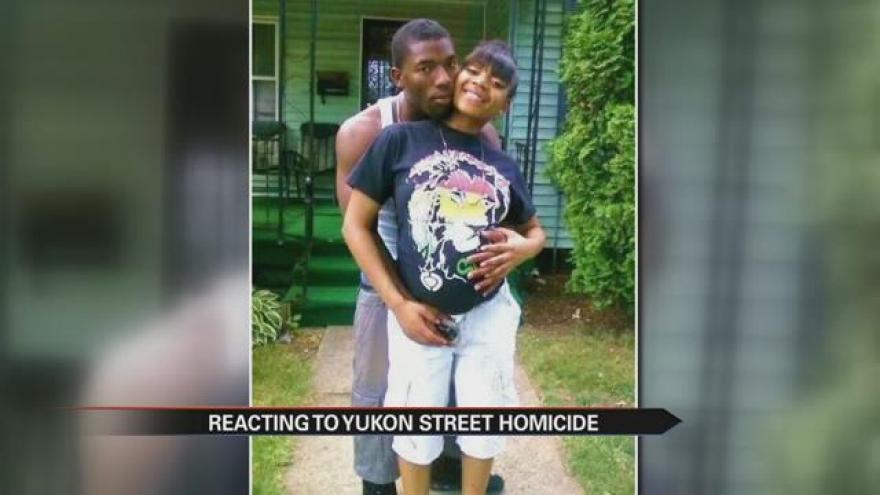 Officials have released new details in the Yukon Street shooting that left one man dead and three people injured. The mother of that man’s children spoke exclusively with ABC 57’s Jess Arnold.

His death has officially been ruled a homicide caused by a gunshot wound.

“He didn’t deserve it. Never thought they would take my kids’ dad at 24 years old,” said Chakari Palmore, the mother of Michael’s three young children.

Briggs was shot to death outside of a party on Yukon Street early Saturday morning.

“I had just left the same place that he was at, and I got in the house, and like 45 minutes later, his sister called me,” said Palmore.

They rushed to the hospital, “and he was already gone,” said Chakari.

They have a four-year-old daughter, three-year-old son, and a two-month old baby boy.

“I just bust out crying every time I look at them, and they too young to know what’s going on,” said Palmore.

Chakari says she’s frustrated no one is speaking up.

“It’s wrong, and nobody know nothing. Nobody won’t say nothing, and they took him away from his kids, and don’t nobody want to say nothing,” she said.

Chakari’s eyes well up with tears, thinking about the person or people who took Mike away from her.

“Whoever it was…I just want to say, just tell the truth, because it’s going to haunt you at the end of the day. You gonna feel it more than we feel it,” she said.

As she deals with her grief, this mom of three will always keep Michael close to her heart as she stays strong for her kids.

The three other people who were injured are Monice Teasley, Jermaine Todd, and Stacie Langford.

The family is tentatively planning to host a vigil for Briggs Thursday night.