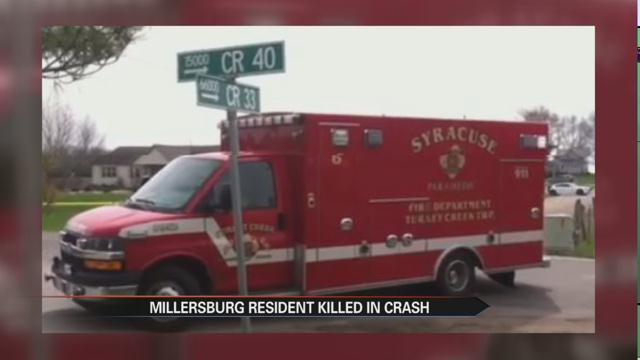 At approximately 11:30 a.m. Saturday, deputies from the Elkhart County Sheriff's Department responded to a report of an accident involving a motorcycle and a dump truck.

The motorcycle was being operated by Dennis Darrenkamp, a 61-year-old man from Millersburg, Ind.

Police say Darrenkamp suffered an incapacitating head injury and was pronounced deceased at the scene.

Police also say Darrenkamp was not wearing a helmet at the time of the accident.

The driver of the dump truck was issued a citation for failure to yield the right of way.

This accident is still under investigation.