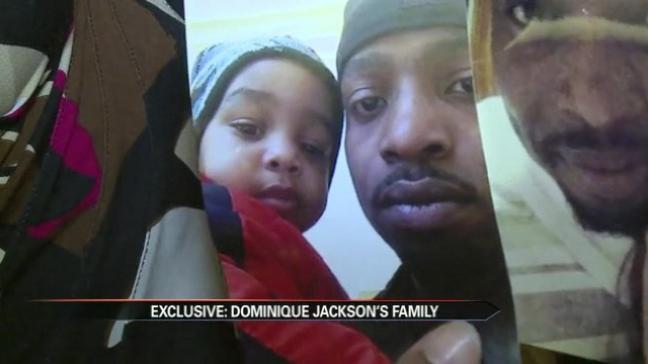 Twenty-eight year old Dominique Jackson was killed over a year ago, but no arrests have been made.

“I get joy out of seeing my grandson but it also makes me sad that he doesn't get to see his father, he is not going to have that opportunity,” said Annie Jackson, Dominique Jackson's mom.

Dominique was driving his black Mustang down Huey Street in the summer of 2013 when he was shot and killed.

“I can remember just starting to just cry in the bathroom,” said Annie.

Annie says all she is asking for now are answers – not just for her, but for her 2-year-old grandson.

“He said his daddy left him. I tried to explain to him that his daddy didn't leave him, that he just wasn't able to come back," said Annie.

Annie's fight for justice continues with a phone call to detectives every other week, hoping for a break.  The Jackson Family is begging for the community's help.

“How much are you hiding that you know, that you weren't brave enough to go tell the police?” said Annie.

She is praying someone will be selfless enough to come forward.

County metro homicide detectives say the case is still being considered and on-going investigation.  Detectives ask that if you know anything , you give them a call: 574-235-5009
Share this article: