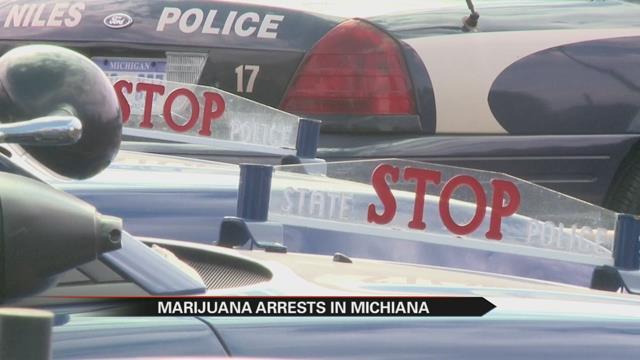 Michigan State Police say marijuana arrests in Berrien County are among the highest in the state.

In a time when attitudes toward marijuana and laws around them are shifting, Michigan State Police say their primary focus is public safety in these arrests.

According to the department, Berrien County has the highest marijuana arrest rate for counties with at least 50,000 people. The state average is about 2 arrests per 1000 residents. Berrien County doubles that.

Trooper DeWayne Robinson says that's because of more efforts from local state police to get ‘high’ drivers off the roads, and not a reflection of higher marijuana use in the area.

"I don't think that there is a trend at all," said Robinson. "It's just us being more proactive in identifying and enforcing that violation."