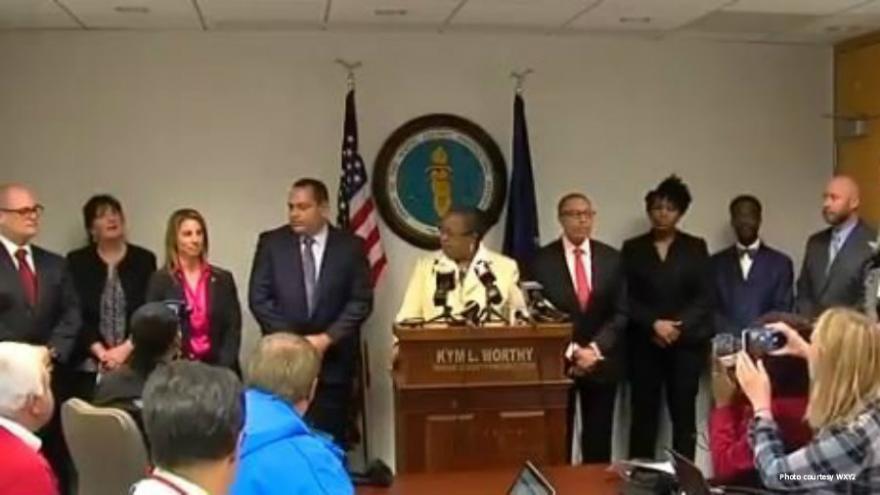 MSP trooper Mark Bessner, 43, has been charged in connection with a fatal ATV crash that killed Damon Grimes, 15, of Detroit.

Bessner was the passenger in an MSP patrol car when he and his partner observed a four-wheel ATV being driven by Grimes down Reno and Fairmont Streets in Detroit. When the troopers attempted to stop Grimes for a traffic violation, a pursuit ensued.

It is alleged that Bessner unnecessarily deployed his taser at Grimes from the MSP patrol car while Grimes was riding at approximately 35 to 40 miles per hour.

Grimes was struck by the Taser's prongs and then his ATV crashed into a truck parked on the street. He was pronounced dead.

Bessner has been charged with second-degree murder, which could result in lifetime imprisonment. He was also charged with two counts of involuntary manslaughter.