Muffet McGraw to be enshrined in Hall of Fame Friday 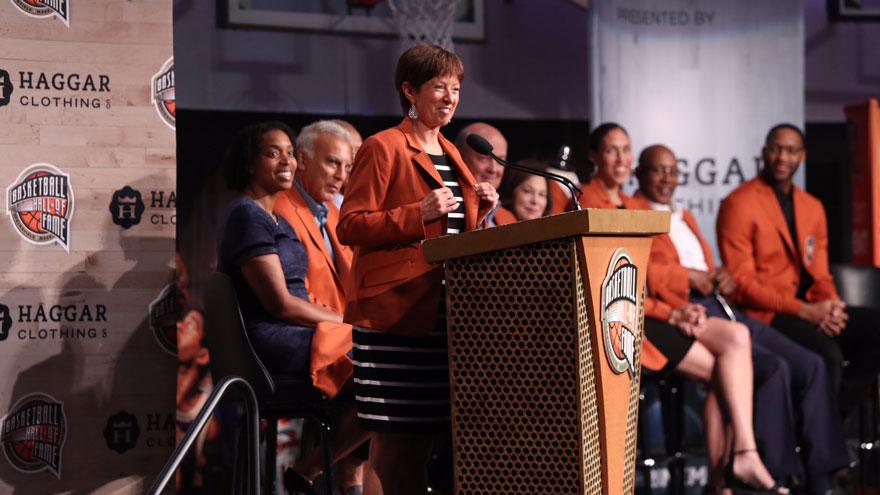 The event will be broadcast live on NBA-TV beginning with the red carpet show at 6:30 p.m. The Enshrinement Ceremony follows at 7:30 p.m.

“It’s been such a great time to reflect back on all of the assistant coaches, all of the amazing players that I’ve had,” McGraw said. “It’s really something that I rarely do - usually I’m looking forward to what’s coming next. So, it’s really been great to talk to all the players and coaches and just to think about this 30-year career at Notre Dame. I mean, it’s amazing that I’ve been able to stay here that long, and I’m just so lucky to be here.”

She received her orange Hall of Fame jacket Thursday in the middle of the Jerry Colangelo Court of Dreams.

Saturday evening, the festivities conclude with the 2017 Induction Celebration Party at the Mohegan Sun, which is highlighted by the Class of 2017 Ring Ceremony.