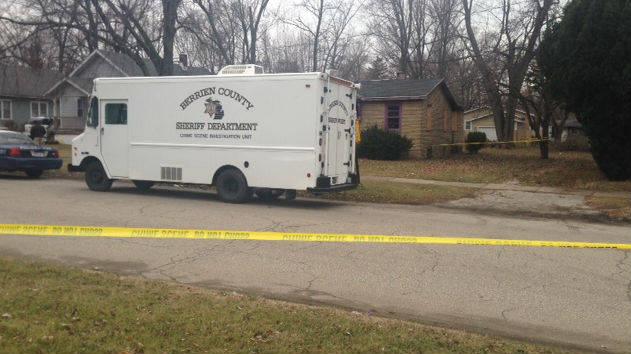 The Berrien County Prosecutor's Office has dismissed all charges against Reginald Collins related to the murder of Richard Street in 2014.

Collins had been charged with open murder, felon in possession of a firearm, felony firearm, and habitual offender.

Street was found dead in the back yard of 1250 Union Street in Benton Harbor on December 9, 2014.

The address is Collins' home.

Neighbors reported gunshots the night before between 8:30 p.m. and 10 p.m.

A witness came forward and said he saw Collins shoot Street that night.

Investigators had cell phone records that placed Collins in South Bend at 7:44 p.m.

They also had records of a call between the witness and Street within moments of when the witness said Collins shot Street - at 9:22 p.m.

Investigators believed Collins could make the 35 mile drive in one hour and 38 minutes.

However, while gathering evidence for trial, investigators learned the cell phone records were in a different time zone.

The time zone difference meant Collins was in South Bend at 8:44 p.m., which would leave him 38 minutes to drive 35 miles.

Investigators attempted the drive and found it would be difficult to travel that distance in that amount of time.

The prosecutor's office says the cell tower data could create reasonable doubt for a jury, so the case was dismissed.

The dismissal was without prejudice, which means charges could be filed at a later date.

Collins is wanted in Georgia on a probation violation for a drug charge and the prosecutor's office says he will likely be transported there.