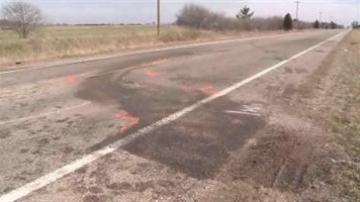 It happened in Geneva Township late Tuesday night. Britnney King, 24, along with 2-year-old Kandice and 4-year-old Cassadi Berryhill were all killed in that crash.

David Johnson, 32, faces 11 felony counts. Johnson is accused of drinking and driving with a suspended license.