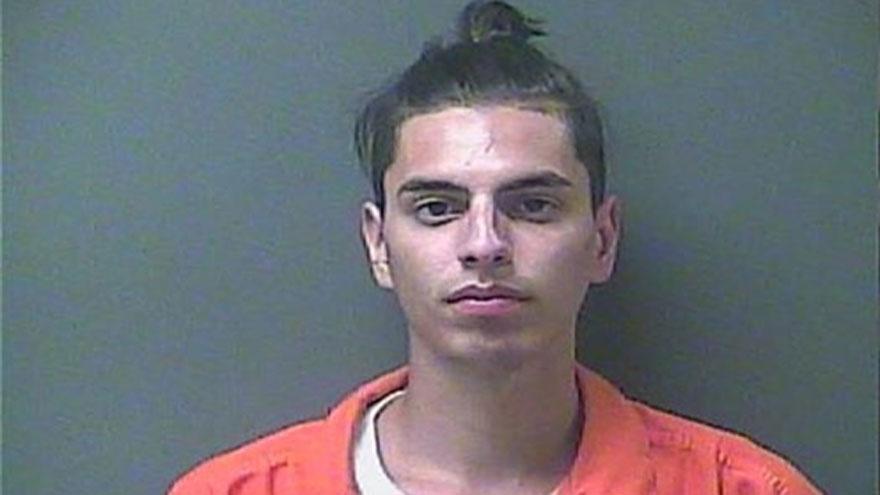 MICHIGAN CITY, Ind. -- Michigan City Police have arrested a suspect in the fatal shooting on July 4th near Washington Park.

Police said the victim, 22-year-old Antonio Jesus Rivera, got into an altercation in the stop 2 parking lot, which led to a woman being pushed to the ground and injuring her ankle.

The injured woman noticed her cell phone and car keys were missing.

When she tracked her phone, she discovered Rivera had her phone. She made arrangements for him to return it near Lake Hills School, where she had parked, reports said.

When Rivera showed up to the parking lot he was armed with a gun and fired it, reports said.

Rivera fled the area in his vehicle and was chased by Zachariah Colton Vigil, according to police reports.

Rivera was shot and crashed his vehicle into a building at E. US 12 and Liberty Trail.

Rivera was taken to the hospital where he was later pronounced deceased.

On July 15, an arrest warrant was issued for Vigil for murder.

He was located riding a jet ski on Lake James, near Angola and was taken into custody.

Vigil is being held on a $1 million cash only bond.

He is scheduled for an initial hearing on July 21.

“Detective LaMotte, as well as many others are to be commended for their efforts in thoroughly investigating and apprehending this dangerous murder suspect. Many sacrificed their 4th of July holiday and countless hours leading up to this arrest to assure that the residents of Michigan City and La Porte County remain safe. I am very proud of the Michigan City Police Department and sincerely appreciate the assistance from the cooperating agencies that worked together to bring this case to a safe conclusion," said Chief Dion T. Campbell.