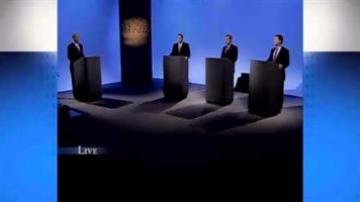 Both Richard Murdoch and Michiana local Joe Donnelly participated in the televised debate. Murdoch tried to distance himself from the Tea Party.

Donnelly attempted to show the state he gets along with the opposing party. Mourdock has been heavily favored in this Senate race, but now Donnelly is catching up.