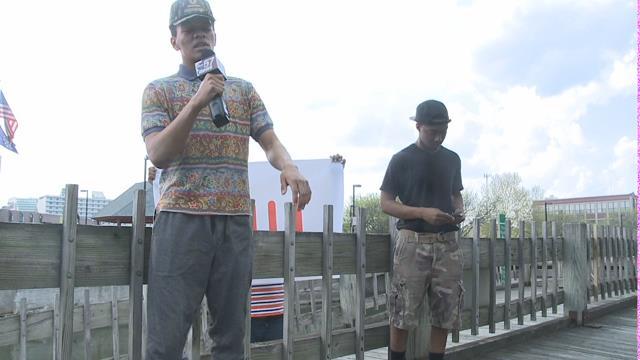 For musical acts, South Bend is no longer just a pit stop on the way to Chicago.

It's become an attraction for traveling acts, and a breeding ground of its own musical talent.

“It's kind of like a crossroads for people who are traveling through and then they stop over,” Kristy Robinson, café manager of Chicory Café said.

The city has gone from a quick stop for traveling musical acts to a coveted performance destination.

“You'd be surprised at how many people send us their CD's or call and they want to come play,” Paula Garis, who runs the East Race Concert Series, said.

Garis has to book a year in advance due to high demand from bands wanting to play at the East Race.

“I think we're starting to be known as a cultural city with an arts background,” Garis said.

“You end up making better connections with people and actually get to meet more people,” Skaroff said.

The Dawn Drapes returned for the third annual Sounds by South Bend music festival, a rapidly growing display of local and regional artists across the city.

Many bands that played in the festival were local, like Trybe, a South Bend hip-hop group.

“We all love this city so much. That's kind of what motivates us,” Curtis Bethel, of Trybe, said.

And if they're anything like other big name South Bend bands, they'll always find a way back home.

“We also have a couple bands that have started in South Bend, have since moved away, and are coming back to play,” Meghan O'Brien, public relations chair of Sounds by South Bend said.

Sounds by South Bend will return next spring.

The East Race will have free concerts every Sunday this summer.