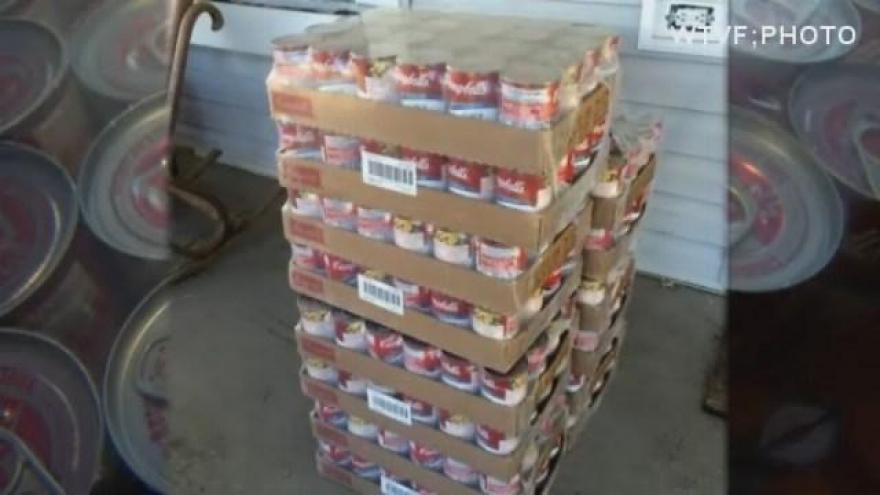 (CNN) - A mystery delivery in a Nashville, Tennessee neighborhood has residents "soup"-er confused.

“I was very confused, it was a head scratcher for sure,” said Braswell.”It was on the porch but I moved it in because we didn't want it to freeze.”

Someone delivered 14 cases of Cream of Celery soup to her home.

“If it was a delivery misstep they probably should've second-guessed delivering this much Cream of Celery soup to someone's house,” said Braswell.

It was stacked neatly on her porch.

Braswell has no idea where it came from or how it got onto her porch. Because of the cold weather, she decided to take the soup inside.

Managers at nearby Walmart and Kroger stores said they aren't missing any deliveries of soup.

“Somebody did the math and this is enough to fill a bathtub so maybe if you need a nice soak,” said Braswell.

Braswell isn't a Campbell's girl. In her pantry she has some Progresso and Healthy Choice soup – but no Campbell's.

“This house used to be a women's transitional house which is why there's pink walls but maybe somebody dropped it off as a donation,” said Braswell.

That's a possible explanation for the mystery.

“If this is your soup, please come get it!” said Braswell.

If no one comes forward, she plans to donate the soup.