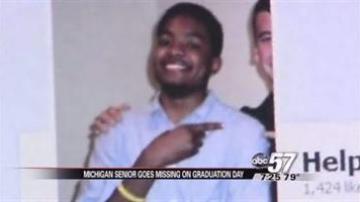 Adding to the mystery, his family discovered he hadn't been enrolled in classes for a year.

According to police Brice's family reported him missing Saturday afternoon, the same day he was supposed to graduate.

Moss was last seen early Saturday morning where he lived with his five roommates.

Ray Paige, Moss' Godfather said, "We are very worried, I mean torn up is the word. His mom is an emotional wreck right now."

A university spokesman confirmed Moss had not been enrolled at Michigan since April of 2011, and his name was not found in the 2012 Spring Commencement Program.