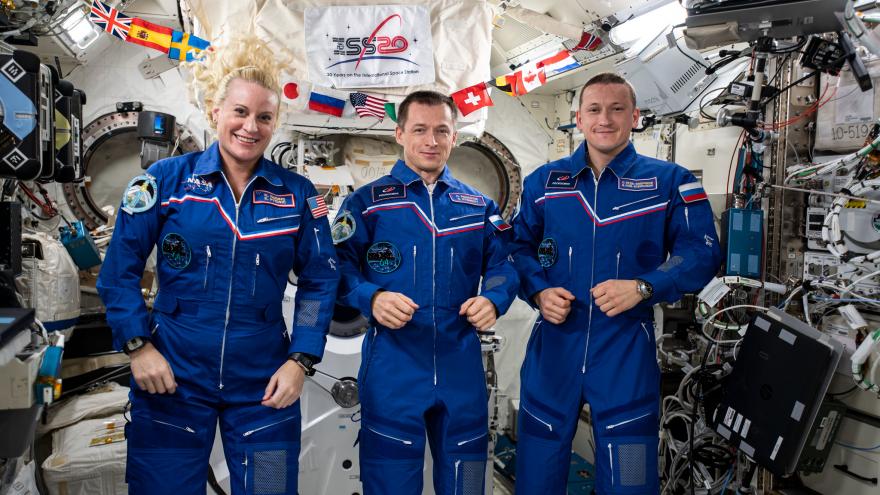 Their departure in the Soyuz MS-17 spacecraft aired live on NASA's TV channel and website. The hatch closed on their spacecraft Friday night after the crew bid farewell to the others on the station, and they undocked from the station's Poisk port at 9:34 p.m. ET.

The trio navigated reentry through Earth's atmosphere and landed at 12:55 a.m. ET Saturday (10:55 a.m. local) on the Kazakhstan steppe.

The cosmonauts will return to their training base in Star City, Russia, and Rubins will fly home to Houston.

Together, the crew's time on the station encompassed 2,960 orbits of Earth and 78.4 million miles after their arrival in October.

Lots of time aboard the space station

This second spaceflight experience for Rubins included hundreds of hours working on space station experiments. She also served as an ambassador for science during calls to the space station with the National Science Foundation, National Institutes of Health and the US Centers for Disease Control and Prevention, among others.

She was the first person to sequence DNA in space in 2016 and continued that work with more sequencing during her second stay on the space station. This capability could allow astronauts to diagnose illnesses while in space or even identify microbes that grow on the space station to determine whether they pose any risks.

This unique environment has hosted the coming and going of hundreds of astronauts for 20 years while remaining separate from Earth.

Rubins also worked on heart research to study the effects of gravity on cardiovascular cells and grew and harvested radishes to create a better understanding of plant growth in the absence of gravity.

The departure of Rubins, Ryzhikov and Kud-Sverchkov leaves the space station with seven crew members.

Sign up here for Wonder Theory, our CNN science newsletter

April is a busy time on the space station, and it feels a bit like a revolving door as crews arrive and depart.

Astronauts on the space station have prepared for the new crew by setting up extra sleep stations and freeing up ports for the arrival of new spacecraft.

Then, Crew-1 is scheduled to return to Earth on April 28, leaving the space station with seven crew members again.