NASA: There may have been life on Mars 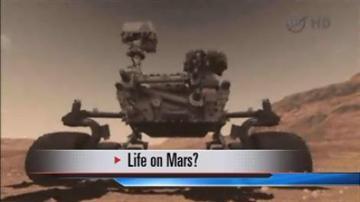 Only seven months after its celebrated landing on mars, the Curiosity rover has answered a key question.

Yes, there may have been life on Mars.

"This was an ancient environment, with the right elements and slightly salty liquid water. All the prerequisites to support life," said Michael Meyer, Mars exploration program.

NASA drilled a hole into a rock and found half a dozen elements. Photos taken by the rover also show a lake bed.

The next step is to build a robot that can bring samples back to earth.

Scientists believe people could be on Mars by 2033.