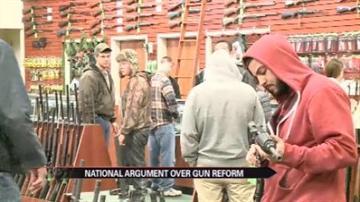 Just a week after the Connecticut school shooting, a big argument is developing over gun safety.

One side of the argument said we need stricter gun control, taking automatic rifles off the streets completely.

Other folks say we need more guns. The NRA President even went as far as saying we need armed guards at every school.

Those opposed to guns in schools say a lot of these mass shootings haven't just happened in schools but at other public gatherings like the shooting at an Aurora movie theater and a Wisconsin Sikh temple.