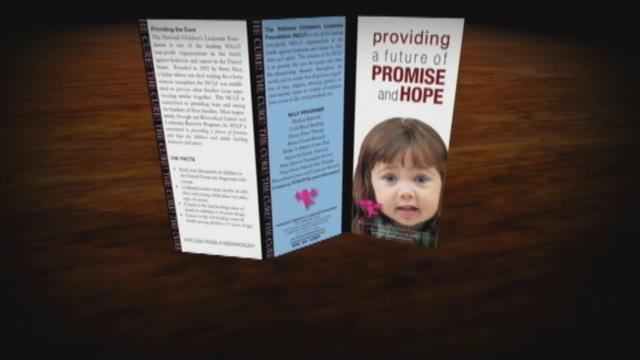 The National Children's Leukemia Foundation is under fire as allegations say only a fraction of the money raised is actually going to battle childhood cancer.

The New York Attorney General says the foundation raised $13 million, but devoted less than 1% to its patients and at most 6% to charitable programs.

The state filed a suit against the foundation and its founder, Steve Shor.

He allegedly pocketed more than a million dollars in salary and perks.

"If you're going to raise funds for children for what may be their last wish," said the Jim Sheehan, the chief of charities bureau for the New York Attorney General's Office, "you better make sure you provide it."

State investigators say, most of the money went to professional fundraisers, asking unsuspecting donors to fund a bone marrow registry and using a bogus photo to promote a cancer research building.