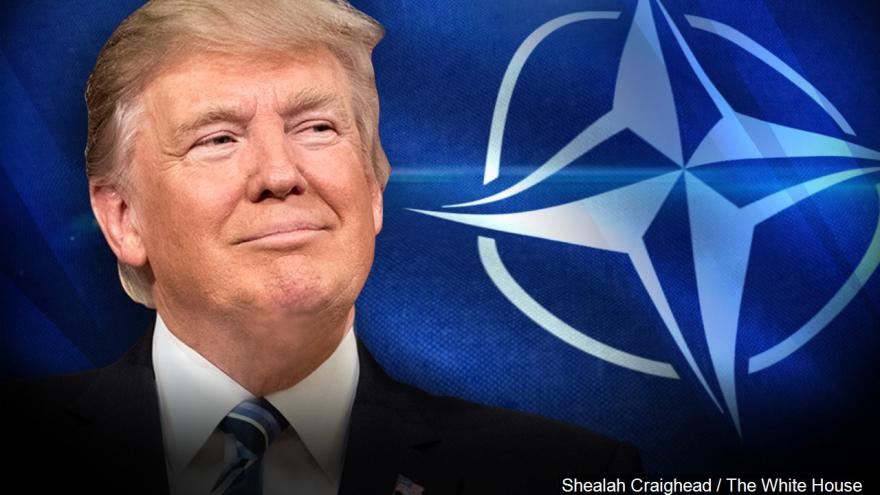 With President Donald Trump lashing out at allies like Canada and Germany for failing to respect their defense spending pledges, NATO is keen to demonstrate at a summit in Brussels that it remains capable of confronting an aggressive Russia and playing a major role the fight against terrorism.

Canada is projected to spend just over 1.2 percent of gross domestic product on defense this year — well below the 2-percent target — but Prime Minister Justin Trudeau said that his country plays a prominent role in NATO missions and is investing heavily in new military equipment.

In a possible attempt to outflank Trump's demands for money, Trudeau announced that Canada would lead the Iraq training and military academy building mission for the first year, and stands ready to provide 250 troops and an unspecified number of helicopters.

The mission is part of the 29-member alliance's attempt to help Iraq rebuild and ensure that the Islamic State group can't gain a new foothold there. NATO leaders are expected to announce later Wednesday that they will expand the mission from around a dozen troops currently to several hundred trainers operating out of the capital, Baghdad.

"We have to build that democracy and strengthen it," Trudeau said at a German Marshall Fund event on the sidelines of the two-day summit.

"Those sorts of tangible elements are at the heart of what NATO stands for," he said. "You can try and be a bean counter and look at exactly how much this and how much money that, but the fundamental question is: is what you're doing actually making a difference?"

Over two days, the leaders are also expected to announce that they will continue to help fund the Afghan army. NATO has a 16,000-strong military training effort there, and British Prime Minister Theresa May announced Wednesday that her country would provide 440 more personnel.

"I think that shows when NATO calls, the U.K. is one of the first to step up," she told reporters.

In a show of resolve to Russia, the leaders will also rubber stamp a plan to deploy 30 battalions, 30 air squadrons and 30 battleships within 30 days in case of crisis and endorse two new command headquarters — in Norfolk, Virginia and Ulm, Germany — to help better move troops and equipment across the Atlantic and through Europe.

Questioned repeatedly about Trump's attacks on European allies and Canada, NATO Secretary-General Jens Stoltenberg acknowledged the trans-Atlantic differences, but refused to say whether the U.S. leader's attacks are damaging the alliance.

"My task is to make sure that we stay together, so if I started to freely reflect on all possibilities, then I would undermine the unity of this alliance," Stoltenberg said.

"A strong NATO is good for Europe and good for the United States. Two world wars and a Cold War taught us that we are stronger together than apart," he said, adding that the U.S. troop presence in Europe allows Washington to project military power into Asia, the Middle East and Africa.