NBA player's home robbed while he was playing a game 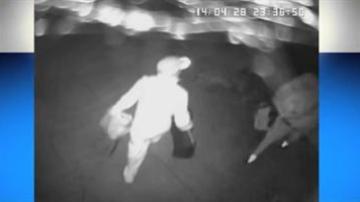 In surveillance video, you can see the faces of both suspects as they pass through the house.

"It's being investigated now and that's all I'll say," said George.

Police say his home was not locked and the security system was not on when his family left for the game.