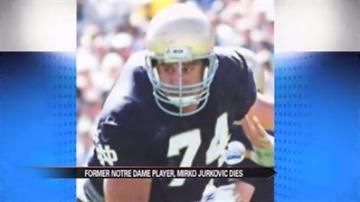 According to ESPN, Mirko Jurkovic, an All-American lineman, died Thursday at the St. Joseph Regional Medical Center in Mishawaka.

He was drafted by the Chicago Bears in the ninth round of the 1992 NFL draft.