Near head-on crash on Main Street in Mishawaka 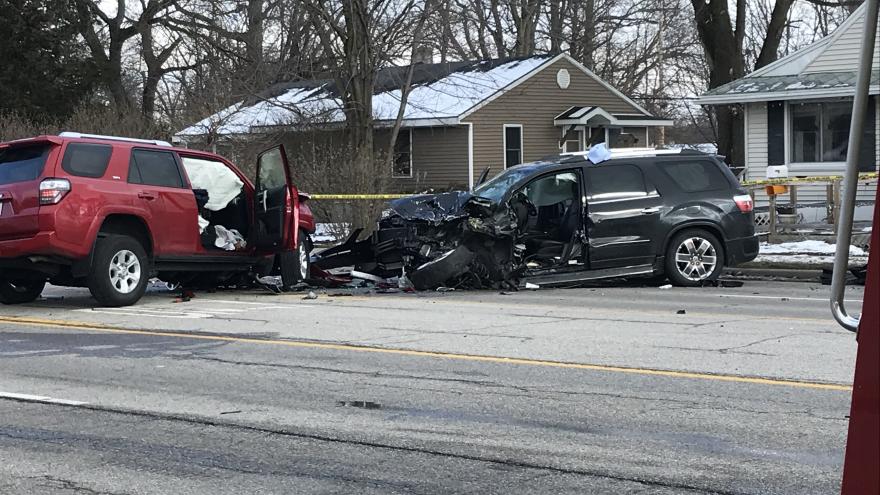 MISHAWAKA, Ind. -- According to police, two vehicles were involved in a near head-on crash Saturday afternoon in Mishawaka.

Police say that the driver of a red Toyota 4-runner veered into the northbound lanes on Main Street and Leyte.

The driver crashed into a second driver of a black GMC Acadia, totaling the front of the vehicle, reports show.

The second vehicle was forced into another lane on impact, causing minor damage to a silver Honda.

According to police, the second driver suffered injuries and has been taken to Memorial Hospital but is not in serious condition.