Near record warmth starts the week 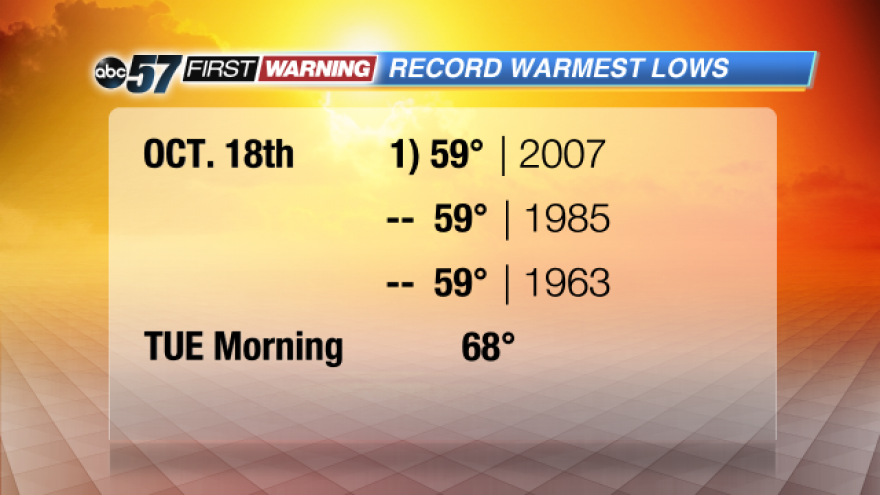 No record broken today. Temps fell below 60 after 8 PM in #SouthBend https://t.co/omG1kmAJyp pic.twitter.com/xTyGXMRTvH

Update: Temperatures didn't fall into the 60s until after 5 PM. Temperatures are expected too cool quickly this evening, likely dropping below 60 before midnight. This would stave off a record for warmest daily low. 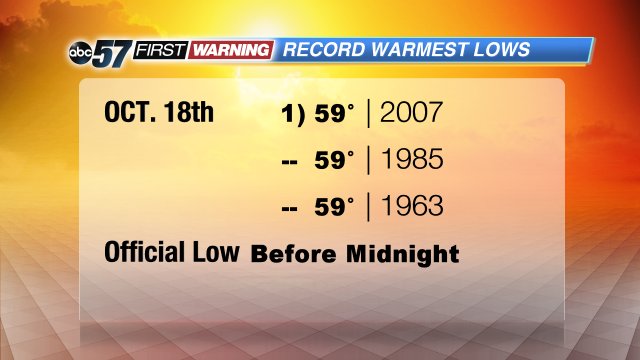 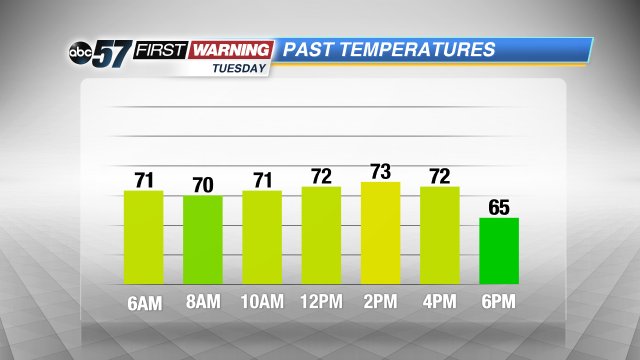 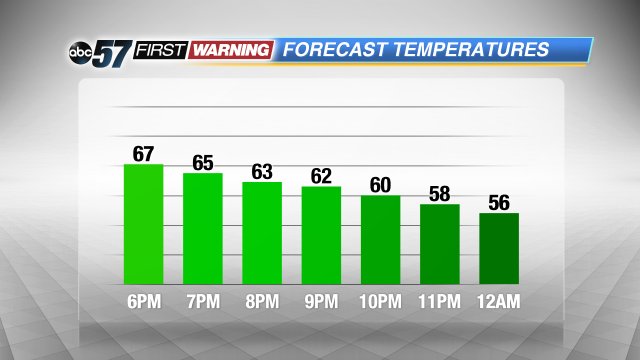 Highs Monday neared record territory, the morning tied a warmest low and a record could be broken Tuesday.

Monday's high of 80 didn't break the top three warmest October 17ths on record but it was significant, nearly 20 degrees above normal. The morning low Monday, however did tied a record for the warmest low. The big story will be lows overnight Monday into early Tuesday or the lack there of, would shatter previous records. Temperatures will hold around 70 through early Tuesday. 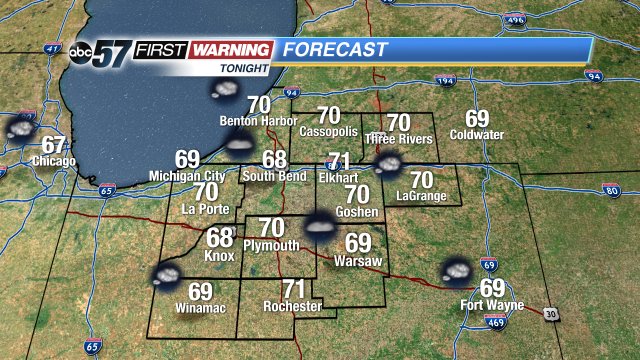