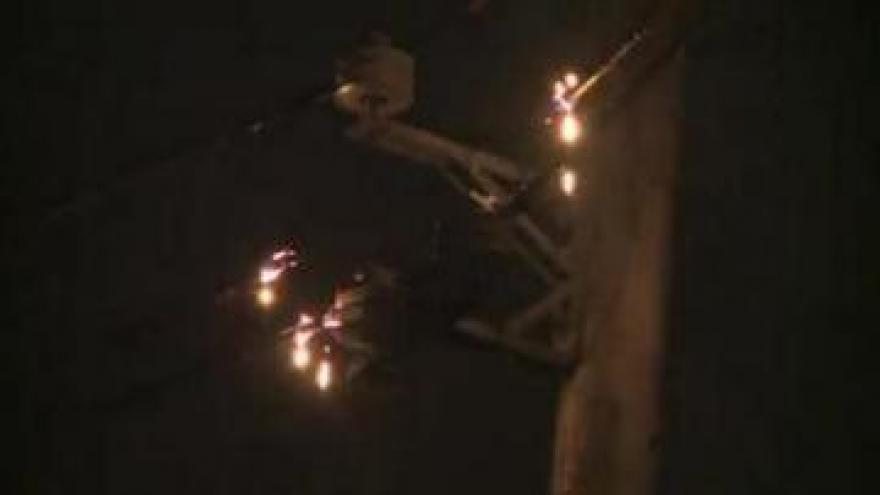 NILES, Mich. -- Approximately 4,423 customers lost electricity in Niles on Friday. The power outage occurred just after midnight and lasted until around 3 in the morning.

Late-night businesses without backup generators were forced to close down because of the outage.

"I don't feel that bad about it actually," said Kendall Meyers.

Meyers was smoothing pavement outside when the outage happened.

He couldn't use any of his power tools and even had to use his truck's headlights just to see what he was doing.

"I'm kind of a survivalist anyway, so it's a challenge," said Meyers.

According to a press release, an insulator on a city transmission line at French and Parkway streets failed. That caused five of seven electrical substations to go offline.

City officials said there was a fire at the failure point but the Niles City Fire Department put the fire out.

The cause of the failure is still under investigation.