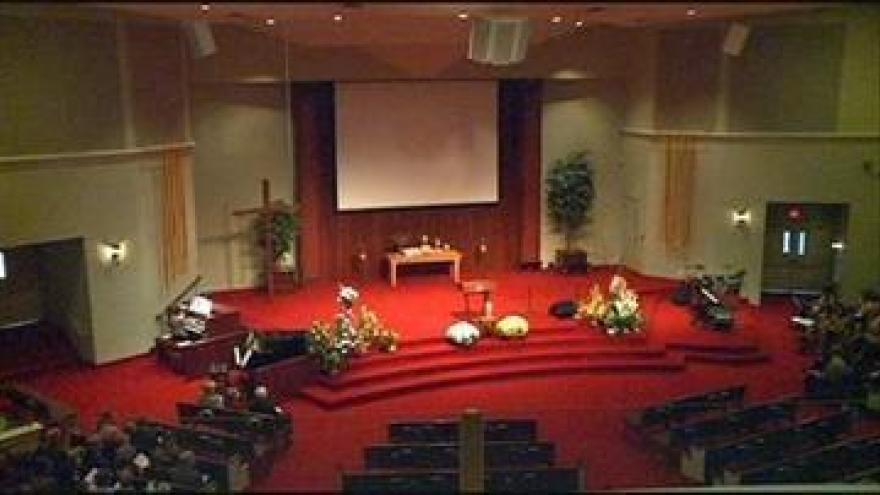 GOSHEN, Ind. – The service began with a video montage of pictures of James Miller, as 884 people sat in silence watching. When it ended Terry Diener, head pastor at the Clinton Frame Mennonite Church address the congregation explaining the service they were about to participate in would praise God and celebrate the life Miller led.

The service lasted about an hour. Hymns were sung, memories of Miller shared, and a message was delivered. At the end of if, some may have felt a little closure while others will need more time before that is the case.

The dominant theme Monday night, unsurprisingly, was faith. Whether it was Miller’s faith being discussed or that of his family; their belief in a higher power was undeniable.

Miller’s brother-in-law, Peter Suderman reflected on how he believes God is good, and that even the worst things that happen can spur good outcomes. Suderman explained how, like Jesus (whom he described as the most innocent man ever to live), Miller too was the victim of a violent death.

Suderman says, if God can make something good happen through the crucifixion of Christ, then he hopes he will do the same in the case of his brother-in-law’s death.

One of the things Miller’s family would like to see is the man responsible for Miller’s death, accept responsibility for it. “He needs to turn himself in, face the consequences and feel God’s love. He needs forgiveness. We would beg him to do that,” said Suderman.

Suderman is not shy in admitting that forgiveness will not come easily, but says, he and Miller’s family are willing to give it a shot. “That’ll be hard for us to do. But I can say that as a family we would strive to do that,” said Suderman.

Meanwhile, Suderman tells ABC 57, the Goshen Police Department has hundreds of leads they are working on and; according to Suderman, the Miller family is appreciative and impressed by the work they have put in.

James Miller was buried in the church cemetery Monday afternoon, in a private ceremony for family and close friends. Miller’s killer remains on the loose as of Monday night.