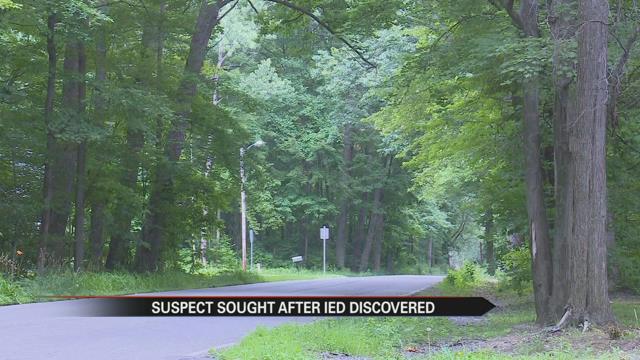 Monday, a homemade bomb was found in Michigan City.

Now, police are trying to figure out who put it there.

It all started when Nora Schultz, who picks up trash around the neighborhood, scooped up something weird.

"When I got home I thought, ‘I'm just going to air on the side of caution and have somebody come and look at them,’ and that’s when I called the county,” Schultz said of the IEDs she found in a ditch.

So a deputy came and looked at what she’d found.

“He came back and said yeah, this is the real deal,” Schultz said.

Kellems was there when the neighboring Porter County bomb squad was called in..

“This is certainly not a firework. It was not anything intended for Fourth of July celebration,” Kellems said.

He says it doesn’t look at all like a potential act of terrorism, but was still meant to do harm.

“It very clearly was meant to destroy property, destruct, or injure somebody,” Kellems said.

Before anyone could get hurt, the bomb squad took the device to a field, and detonated it safely.

Now, authorities have to figure out who made the IED in the first place.

“We believe it may have been left there recently,” Kellems said.

As for Schultz, she says she was just trying to be a good neighbor.

“I don’t want to see something bad happen to anybody,” Schultz said.