Neighborhood takes justice into their own hands 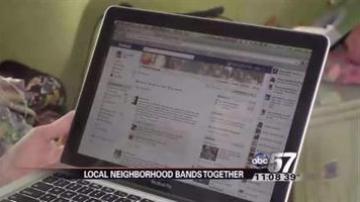 SOUTH BEND, Ind. — Sylvan Glen neighbor Anita Wright says with dozens of break-ins on her street recently, she was nervous for her kids to play outside during the day.

“Sometimes these were happening during the middle of the day so that means someone who has crime on their mind is out walking around while my children are out riding their bikes”, said Sylvan Glen Neighborhood Watch member Anita Wright.

She says the woods make a perfect escape root for burglars, which made her street an easy target.  She says because there are more serious crimes across South Bend, police presence in her neighborhood is almost non-existent.

“There is so much going on that the police force is watered down.  It is spread too thin”, said Wright.

So she decided to start a neighborhood watch group, but she says she and her neighbors were so busy, they never really talked.  So they use social networking.

“People are even posting things like hey I am going to be out of town, so can you keep an eye out?”, said Wright.

They use a Google doc spreadsheet to keep tabs on where and when the thefts are taking place.  She says the page has 54 members and it is working.

“We started to notice patterns of where people were hitting in the neighborhood”, said Wright.

She says they have been handing over their findings to police to help them out.

“That has helped us to communicate with police as far as what to look out for”, said Wright.

And that makes looking out for her kids a lot easier, knowing the whole neighborhood is keeping an eye on them.