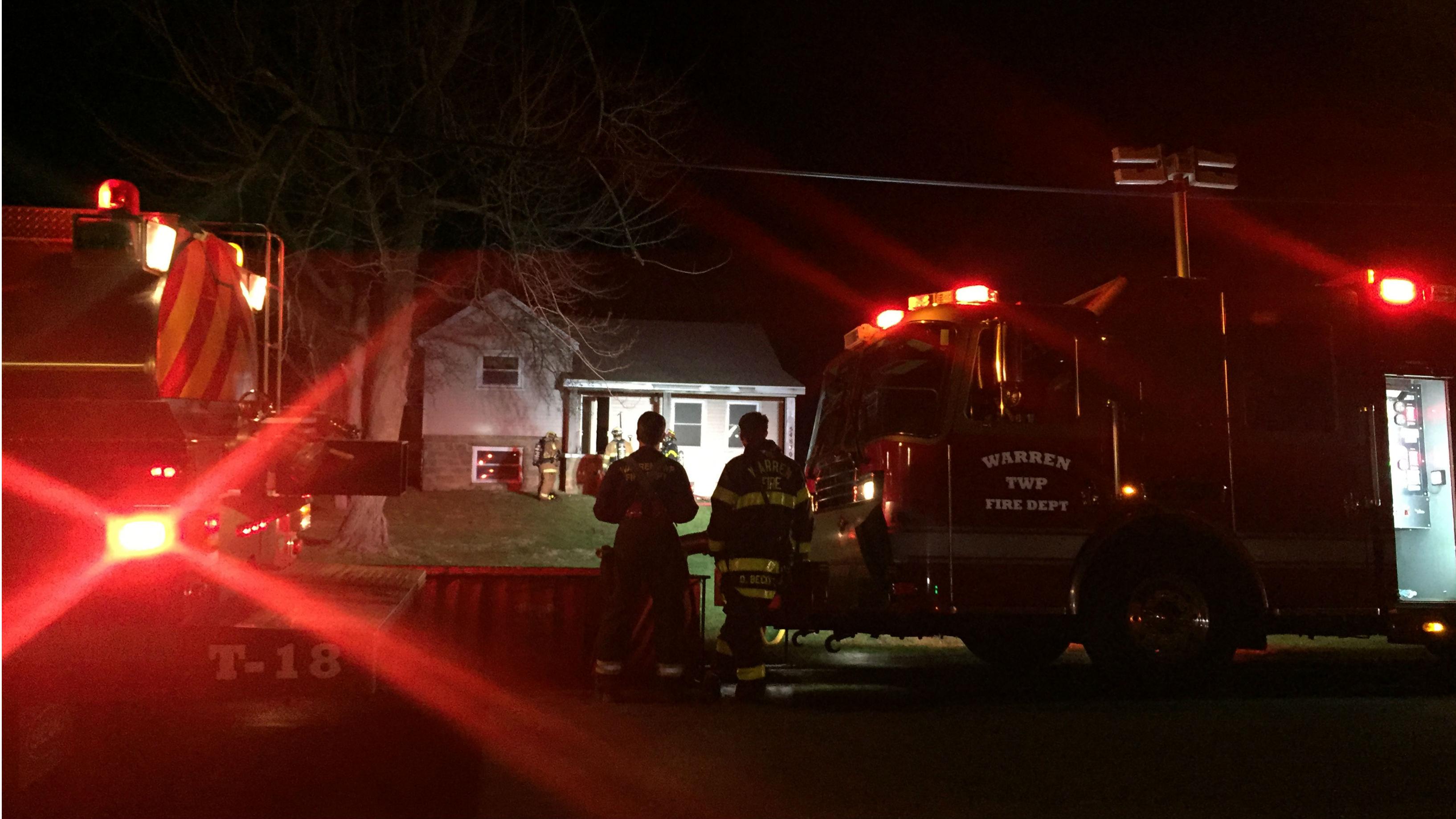 The fire happened in the 54000 block of Pear Road.

Fire crews say no one was inside at the time of the fire.

Fire officials say the fire began at an outside corner of the home and made its way inside and to the attic.

"Once we arrived here the Captain did a 360 on the house and noticed first the fire was on the outside of the residence. The homeowner was not home at the time," said Fire Chief Chris Antonucci with Warren Township.