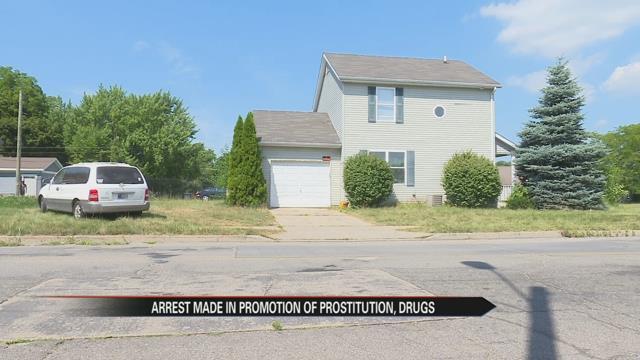 Neighbors in South Bend say they can't believe a nearby home was raided.

Saturday, police made arrests at a home at the corner of Walnut and Washington.

One suspect allegedly promoted prostitution and dealt drugs in the house.

"I'm like shocked," Alyasia Sangster, who lives across from the house, said.

Another neighbor, who wishes to remain anonymous, says she recently saw a young woman crying outside the house.

"She was sitting outside. She had her bags by the curb and I was actually walking around the block when I noticed her, and we came back around and she was gone," the neighbor said.

South Bend Police began investigating the house after a sexual assault victim showed up at the hospital late last week.

According to documents, the woman told police a friend had taken her to the house on Washington, and then shot up heroin.

After that, the woman says she passed out.

She told police for the next four days, she was out of it, only waking up a few times to find other people shooting her up with drugs until she'd pass out again.

Finally, last Thursday, she says she woke up to find a man laying next to her.

The woman told police she then took a car from the driveway and drove to the police department.

Officials tracked the car back to Don Campbell, a man informants say ran the house, and a big supply of heroin.

When police found Campbell, he not only admitted to drug possession, but encouraging several women to prostitute themselves, taking half of their earnings, and giving them heroin.