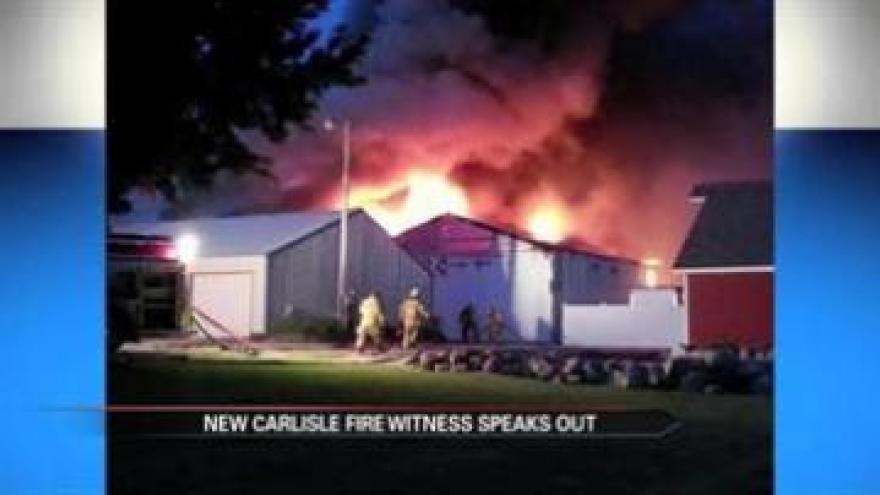 NEW CARLISLE, Ind. – Another 911 call made about the fire at K-Fex in New Carlisle was released. The fire claimed the life of Assistant Fire Chief Jamie Middlebrook.


The woman who made the call is still heartbroken and devastated over the loss of Middlebrook.

Caller Carole Chesko stayed on the scene of the K-Fex fire for hours, and even directed emergency responders where to go.

Excerpts from the call:

Chesko: It’s right next to K-Fex. It’s a building. It is a big, metal building. It’s back behind a garage and there’s two homes right there.

911 Dispatch: My partner's dispatching help right now, and I’m going to get some information for the fire department. Okay? Do you see flames or smoke?

When she made the call, Chesko never imagined the night would end so terribly.

“It was just black smoke pouring out everywhere," said Chesko.

She took photos that capture how massive the fire was and the firefighters that hustled to extinguish it.

When Chesko looks at the images, she is reminded of Middlebrook.

A community, she says, that still struggles with not knowing what caused the fire.

The Indiana State Fire Marshall released the cause of the K-Fex fire as undetermined.

Like so many others, Chesko knew Middlebrook and had only kind words to say about the firefighter.

“He was just a very compassionate, caring EMT and firefighter," said Chesko.

The state fire marshal said the structure was too severely damaged to establish a cause.