New bill could require half hour of P.E every school day 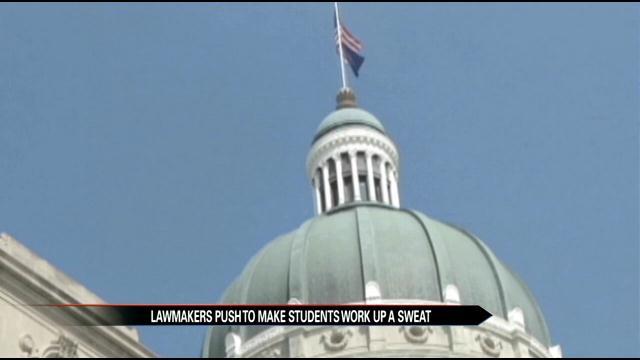 Physical education for a half an hour every school day could soon be a reality if Senate Bill 263 passes.

The bill is being backed by Republican Senator Dennis Kruse of Auburn, who says he has the support of numerous health organizations.

But it doesn't come without controversy.

The bill would add an additional 30 minutes to the school day. Some teachers argue that would cost money, or even potentially force the end of some school funded arts programs.

But Kruse says it shouldn't have any financial burden.

Some parents in South Bend are supportive of the move because they believe health is a priority.

"As a parent we are looking out for our young kids and if it costs us an extra 30 minutes I say go for it," said Elmer Blake More III.

The bill is currently in committee. It would apply to all Indiana schools, both public and charter. If enacted, changes would take effect in the 2015-2016 academic year.