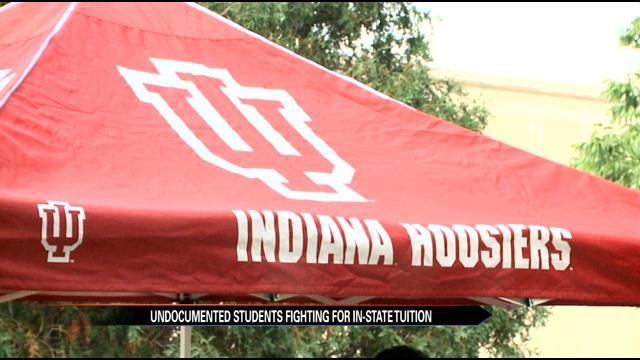 Right now a controversial new bill is up for discussion in the Indiana Senate that would allow undocumented college students to pay in-state tuition for their education.

As it stands right now, undocumented students pay out of state tuition at Indiana colleges, whether they live in the state or not.

And those out of state rates are often more expensive. Indiana University South Bend, for example, has in state prices around $7000.

Those opposed to Senate Bill 345 say undocumented citizens shouldn't be allowed to benefit from in-state prices because they are here illegally.

But supporters say the higher prices are not fair and have closed off the option of higher education for her brother.

"It affects me because my brothers are a part of that, sometimes they just give up and that's not fair because they want it, and they can't have it," said Janeth Vela.

And democratic senator Earline Rogers of Gary, who is sponsoring the bill, says the passage of this bill would help the whole state.

"The studies have shown the dreamers stay put after they graduate from college. They are able to give back to the community, give back to Indiana and become good citizens of the state," said Rogers.

The bill is in senate committee right now, and Rogers admits she isn't sure if it will pass. If it does, it would only be put into law for 2 years and would have to be rewritten later.