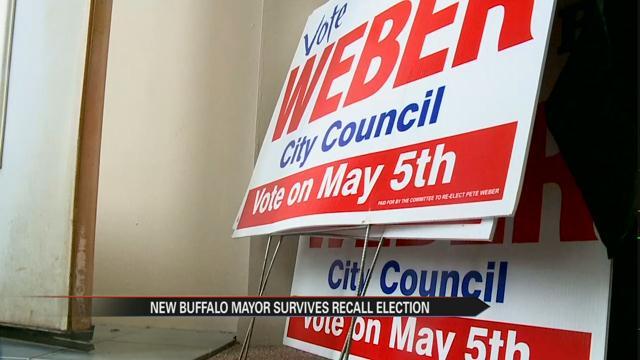 After over a year of political turmoil, New Buffalo Mayor Pete Weber survived the recall election, after facing off against three other opponents.

"Tough and nasty," that's how Mayor Weber describes the last several months in the city of New Buffalo, a small town that has been plagued by political turmoil.

So that's why when Mayor Weber survived the recall election, he was ready to get back to work.

"I think we really have the tools and the resources to move New Buffalo to be the community it can truly be," says Mayor Weber.

But he knows, staying in office means there will be people who don't agree with his policies, mainly the people who recalled him in the first place.

But he's hoping the council, along with the new city manager, can work together to put the political turmoil behind them, and finally move forward as a city.

"We need to do some serious business development, we have some infrastructure needs that should be taken care of," says Mayor Weber.