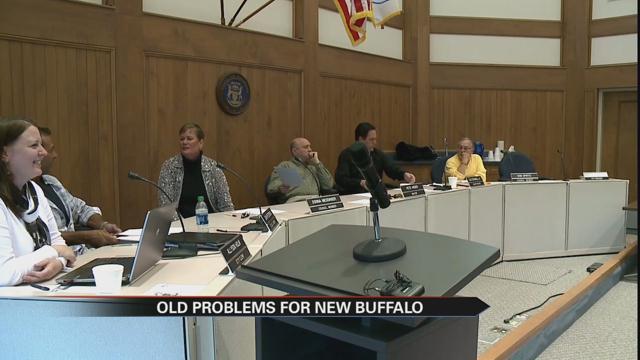 The council argues they did that legally, after the city manager released private documents.

The acting city manager, Jay Guetschow, was absent from Friday's special meeting. Council members say there have been some issues.

"Information was released that was attorney-client privilege, that should not have been released or given out," says Mayor Pete Weber.

That's why the council says they held a meeting on March 30th to discuss his termination.

"Everything is being hidden behind attorney-client privilege and decisions are made behind closed doors, not in public," says Martin Dzuris.
But the council disagrees, saying Friday's meeting was to discuss what was already said behind those closed doors.

"Tonight, with going through the same actions that were taken in the last meeting, it means that it was done in a correct fashion," says Mayor Weber.

But for residents, it's almost deja-vu.

Three of five council members, Mayor Pete Weber, councilwoman Donna Messinger, and former councilman George Scarlitis, are facing misdemeanor charges for allegedly violating the Open Meetings Act, when the three met in private back in August to discuss the removal of then city manager Rusty Geisler.

"Today was a classic example that there is no change happening, they're going to keep doing the same thing over and over again," says Dzuris.

But the difference this time was Friday's meeting where the public had a chance to hear what was discussed in private.

The council now hopes by hiring a new city manager, the city can finally move forward.

"There's been some issues here for a long time, and we want to turn the city around," says Mayor Weber.

The council will hold a meeting April 21 to vote on the removal of the city manager.